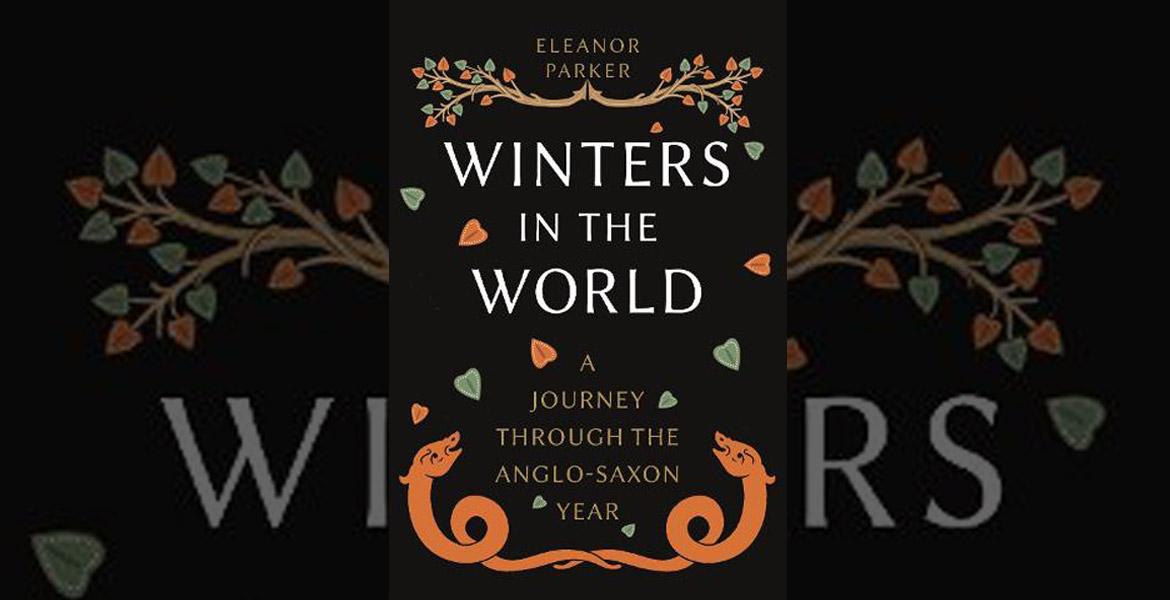 Winters in the World, Eleanor Parker

Eleanor Parker’s Winters in the World is a lyrical journey through the Anglo-Saxon year, witnessing the major festivals and the turning of the seasons through the eyes of the poets. Beginning during the darkest days of winter, when writers read desolation and dread in the world, we are introduced to the hopefulness of the festivals of returning light; the promise of better (and less hungry) times ahead as the days lengthen and the plants bud; the fruitfulness of the harvest; and the calm reflection of the autumn. We feel the thrumming in our souls as we recognize on some primaeval level the connectedness of humanity, the environment, and the cycles of nature and life, even if other aspects – the marking of the seasons, the religiosity, the extremes of feast and famine – are alien to us. And we approach an appreciation of our Anglo-Saxon ancestors as we dive into the rhythms of their lives and language, their turns of phrase, and the force of their habits.

It is a beautiful, charming, and evocative voyage into what, to many of us, seems a very distant past. But in venturing forth, the early Middle Ages are shown to be, if not entirely familiar, then at least recognizable. These distant ancestors, living between the withdrawal of the Romans and the arrival of the Normans, have in centuries past been considered as inhabitants of a ‘dark’ age. They have seemed distant from us in more ways than the chronological: the brutality of the age, the lack of ‘civilization’, the retreat to a more ‘primitive’ way of life, have all been used as examples of how we have ‘progressed’. But everywhere we look in Winters in the World, and in life, we see signs of this bygone era: the language, the names, the festivals, even the Roman ruins that loomed so large in Anglo-Saxon poetry, are still with us. But deeper than this, there is – still – a connection with nature, and Parker brings this to the fore. As she points out, while on the surface our lives bear no relation to those of our distant ancestors, we still witness and mark the ebb and flow of the seasons; we still exhale frosted breath as we marvel at the stark beauty of a wintry landscape; we still enjoy the summer sun while snoozing under the branches of a spreading tree. The reliance on nature might be less pronounced now than a thousand years ago, but our responses to it are not so different. Contained within this message is the awareness that humanity needs to heal the rupture with the natural world, and within ourselves. Part of Winters in the World is a rallying call, reminding us that – whatever we like to believe – we are still dependent upon nature for our well-being, and indelibly interconnected with it. This is a timely message.

This sense of relationship between nature and humanity is something the Anglo-Saxon poets drew upon. They used it as a metaphor for emotion, and as a way to understand the processes of the world that their Christian god had created. The church calendar, and its method of dating, does, then, determine the course of the book. However, there is some effort to trace festivals, where appropriate, to their pagan past and, equally, to rubbish a few myths that have sprung up in the twentieth century. The line between myth and fact can be a fine one, and the reader can on occasion sense the extent of Parker’s frustration at modern notions, particularly when there is no textual evidence from the era to support various claims.

However, Parker is limited by her sources, and the biggest problem with a book of this nature – which will always be the biggest problem – is the scarcity of them. Parker does extremely well in milking the extant texts for all their worth, hungrily sucking the marrow out of their bones, but the Anglo-Saxon period still represents more of a famine than a feast. Furthermore, when limiting the sources just to documents, and not using the additional archaeological evidence, the perspective narrows further. With very few exceptions, the extant sources are all written by men of the church. They were learned, they thought in certain ways, they did not share the experience of many of the community, and they had a particular bias – not least in supporting the church and her practices. Thus, many of the beautifully described rites are seen through the eyes of these men and Parker – and her audience – have to undertake some imaginative reading between the lines to understand the views and practices of the laityPeople not belonging to the clergy.People not belonging to the clergyThe people ordained for religious duties, especially in the Christian Church.. (who, according to the injunctions laid against feasting and drinking, don’t seem to have changed that much in the last thousand years). Parker does this exceptionally well, but we are still squinting through a keyhole rather than enjoying the complete panorama. Winters in the World, then, primarily provides an insight into the mindset of the ‘cultured’, literate Anglo-Saxon classes.

With this caveat in mind, Winters in the World is literary analysis with aplomb. The selection of texts is as diverse as possible, covering poetry, sermons, scientific texts and more. The quotations are well chosen, expertly illustrating not just the author’s argument, but the feelings of their Anglo-Saxon writers. Throughout, Parker carefully picks the extracts apart, revelling in the richness of language and expression. She makes them relevant, and she makes them enjoyable. In addition, many of these quotations are provided both in translation (usually by Parker herself) and in the original Old English. For the geek, this can provide hours of amusement and a useful way of attempting to learn the language. There can be few better ways of showing the connections between now and then than by showing the similarity in vocabulary.

Winters in the World is, literally, masterful: Parker shows herself to be a master of her subject. Her knowledge is superb; her writing a form of poetry itself. There is a depth of feeling and an admiration for the period that shines through the pages, encouraging the reader to be as fascinated by the Anglo-Saxons as the author is herself. Through her enchanting prose, her analogies, her eloquence, Parker convinces her audience of the intelligence, imagination and immense beauty of her subject. No-one can come away from this book still believing the Anglo-Saxons to have lived through the 'Dark Ages'.

Buy this book
Winters in the World, Eleanor Parker 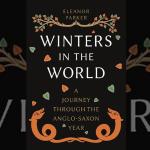 King Edward II faced invasion in 1326, when an army from France landed in Suffolk. The army was commanded by his wife.

"How wonderful it is that nobody need wait a single moment before starting to improve the world. "
~ Anne Frank