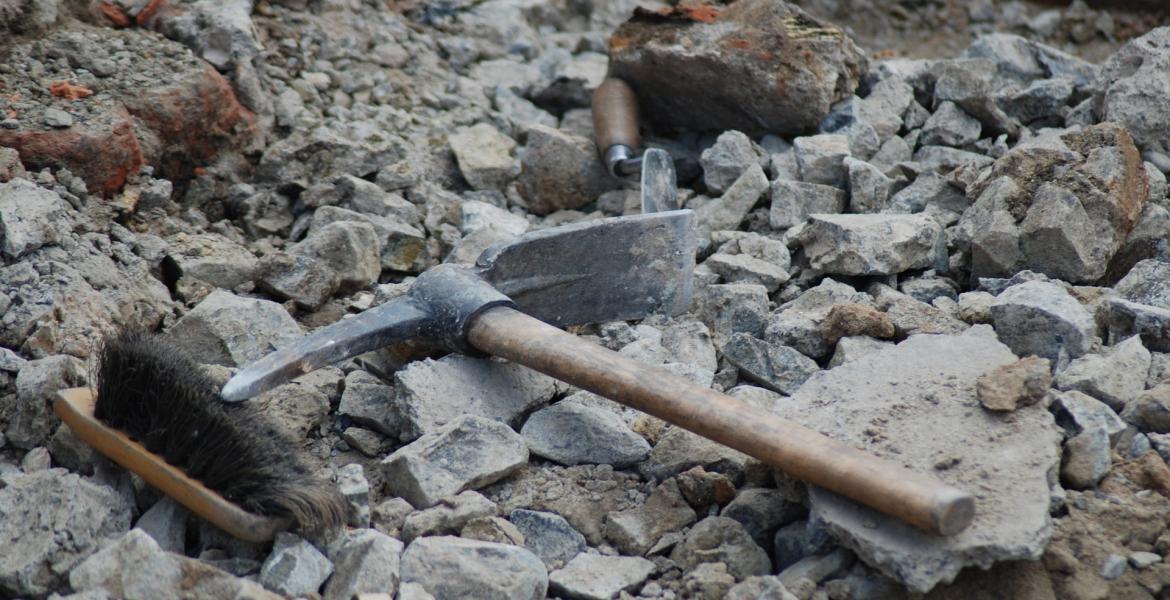 Some Notes on Archaeology

Many historians think they don’t need to understand archaeologyThe study of the things humans have left behind. See 'Some Notes of Archaeology'. to understand history. Who needs objects when there are written records anyway? But the further back in time we study, the fewer records survive, and to understand prehistoryThe time in the past that happened before history began to be recorded. – which by its very name means there are no written records of it – archaeology becomes extremely important. At the very least, seeing objects connected with the past can make that past seem more real and can make it come alive. That’s why people like visiting museums or historic places such as Stonehenge. Sometimes though, the things archaeologists discover change the way people think about the written records, and can make them change their mind about what actually happened.

This is particularly true of the alleged Anglo-Saxon invasions following the collapse of the Roman Empire. Historical sources such as Bede, Gildas and Nennius all refer to marauding, barbarian Saxons pillaging, murdering and conquering on a massive scale; in effect wiping out the old Romano-British population. However, archaeologists have found no evidence for such large-scale migrations and are therefore questioning whether it ever happened. Those authors mentioned above had a particular point to prove, as do most authors, and part of that point was to draw a line between good, Christian folk and the murderous pagans. The word ‘archaeology’ comes from the Ancient Greek for learning about ancient things, but now it means the study of the human past through the objects left behind. It doesn’t study dinosaurs or other ancient creatures that lived before the first human-like species (that’s what palaeontologists study), and nor does it study rocks (which geologistsScientists who study the Earth. look at). Most think of archaeology as simply digging up bits of old pots, but it covers a broad range of areas, from underwater archaeology to studying satellite photographs. Scientific processes have been applied to it to help provide information on everything from the diet of early humans to where humans came from. As we think archaeology is important for our understanding of history and mention it a lot on this site, here is a brief guide to some of the main things that archaeologists do.

This is what most people think about when someone mentions archaeology: it is the hands-on act of finding a site, digging it, and collecting what’s dug up. Archaeologists have to be careful not to contaminate the evidence by, for example, getting it mixed up with other finds that may come from different layers or parts of the dig, or by introducing something that shouldn't be there (such as an old coin slipping out of their pocket). They also have to make sure they record everything properly, so that other people can see what they found, where they found it and how they found it. There are tools which archaeologists use to help them decide where to dig. These include:

An item can only be useful if we understand something about it. The most obvious thing to find out is how old it is. If we’re lucky, then the item (such as a coin) might be datable from what we know about history.

A Roman coin bearing a portrait of the emperor Otho must have been minted in 69 CE'Common era', the non-religious way of saying AD ('anno Domini', or 'the year of our lord')., as he was emperor for less than a year. However, just because we know when it was minted doesn’t mean we know when, how and where it was used. However, most of the time, an object is not stamped with a date, and we need to find another way of dating it. There are several ways to do this:

Experimental archaeologyUnderstanding the past by using the objects (or usually replicas) found. See 'Some Notes on Archaeology'.archaeology

As well as those tests that are done to date archaeological finds, chemical tests can tell us other things. In particular, it can tell us where and how people lived.

DNAHolds the genetic code to all living things, and is passed down to children from their parents. analysis

DNA is the genetic code within all living things, which biologically makes us who we are. It is given to a child by both parents, and can therefore tell its own story about the history of a family tree and of large movements of people (migrations). There are two main types of DNA analysis:

With improvements in technology, much work that used to be done over long periods by archaeologists out in the field is now being done on computers, with the help of enhanced photographing and scanning. The main ways this is being done are set out here.

Highwayman Benjamin Child used his ill-gotten gains to discharge all the debtors in Salisbury jail. He was hanged in 1722.