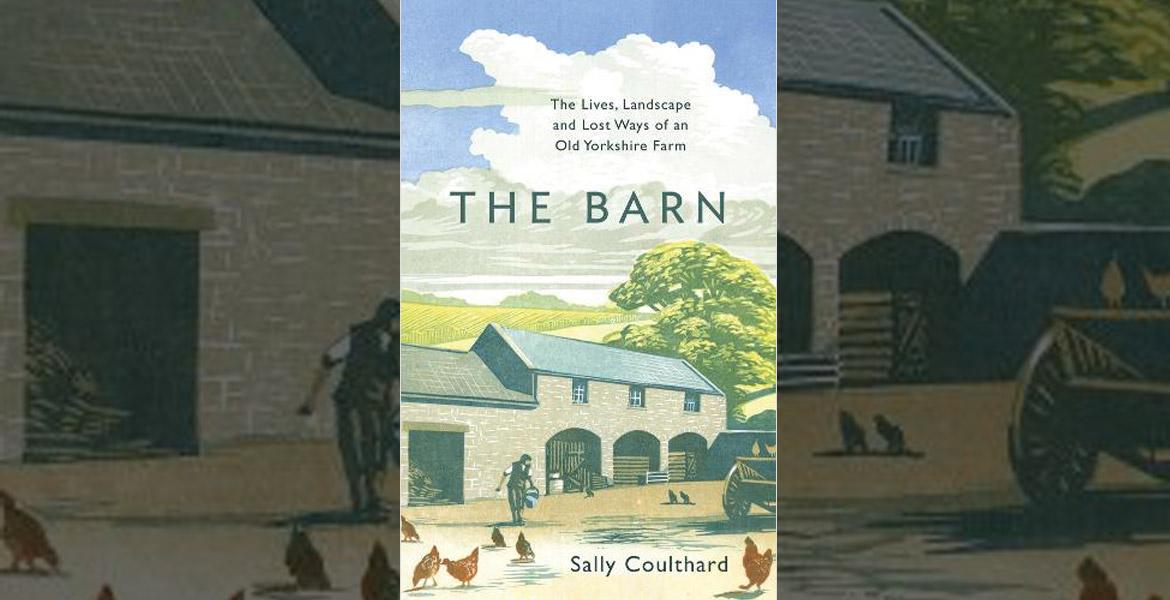 The Barn, in its simplest form, is the tale of an unassuming agricultural building – now owned by the author, Sally Coulthard – during its life from construction to artist’s studio. The history of buildings is not a novel concept, but The Barn extends the principles established in the discipline to a new, and overlooked, area. For house histories are, for the main part, concerned with houses of significance, whether socially or politically; rarely do they focus on ‘bolt-ons’ – what in modern terms would be considered as little more than sheds. Yet barns were an indispensable element in agriculture, enabling essential work and providing storage, preventing families from starvation and ruin, helping them to flourish. But ‘it’s the human impact on the landscape that really fascinates’ Coulthard.

P. 10.  She uses her barn as a springboard to explore the lives and concerns of the community of people working in and around this small corner of rural North Yorkshire, from the acquisition and enclosure of the land by the well-to-do rector of the local village of Stonegrave, Thomas Mosley, through the lives of the main tenant farmers, the Hickes family, to the ultimate loss of their home and livelihood by auction at the end of the First World War.

As with all good microhistories, not only does The Barn bring to life these previously little noticed farmers, labourers, women and children, as well as the people – 'improvers', landowners, churchmen – who directly affected them, but it ties in with the wider narrativeA story; in the writing of history it usually describes an approach that favours story over analysis. of the age. The years between the accessionThe attainment or acquisition of a position of rank or power, often related to the throne. of George I and the end of the First World War saw considerable social, economic, and geographical change and The Barn plugs in to all these major themes: the impact – for good or ill – of industrialization, the revolutions in transport and agriculture, economic booms and busts, trade, wars and social unrest. Beyond that, Coulthard considers the impact of progress on the world: how the British taste for growing and smoking tobacco impacted trade with, and excise taxes from, Virginia, as well as the bourgeoning slave trade; how agricultural mass production changed our relationship with the world; and how new-found techniques for fertilizing fields had significant implications for wildlife populations in America, and slavery in the Far East.

Agricultural histories can fall into the trap of either celebrating the approach of modernity in classic progressive fashion, or romanticizing the supposed 'innocency' and 'simplicity' of pre-industrial societies. The Barn strikes the balance between these extremes perfectly. There is a sense of nostalgia, or at least sympathy, for the lives of those studied, for the traditions and rhythms of life that date back centuries: the sense of working with nature rather than attempting to dominate it, the ability to understand the land and the seasons, the community spirit when everyone would come together to achieve a common goal. But The Barn is no bucolic fantasy, and there is an insistence on acknowledging the countryside for what it is – hard work, dependent on the vagaries of life far more than city-living, sometimes brutal, often frustrating, and frequently misunderstood. The threat of ruin or starvation was ever present, and the constant inexorable march of ‘progress’ took little notice of those adversely affected. Modernization was not the holy grail, and those seeking it were often not saints. As Coulthard illustrates with carefully chosen quotations and figures, those ‘great’ men who led the country forward did not seek change for the sake of the labouring masses, but for economic gain, often leaving communities reeling. Social injustice thus runs throughout the book, along with underlying questions about the relationship between development and improvement.

Yet these serious themes don't take away from The Barn’s charm. The book is engaging and filled with the gentle humour and fascinating facts that are an integral part of Coulthard's written style. The quotations used, the anecdotes told, add depth and character to the movers and shakers of the agricultural revolution. Even the language is unpicked in wonderful etymological notes, showing that this, as much as anything else, is a constantly changing and growing beast. This is coupled by a genuine concern to represent the ‘little people’, those who would otherwise only be a statistic, or at best a footnote, in history due to their occasional fleeting appearance in court records or newspapers. These documents form a skeleton, and they are fleshed out by the use of oral histories and contemporarySomeone or something living or occurring at the same time. reports to form something tangible. Coulthard’s thorough research has breathed life into these figures and, like Pygmalion, the reader can’t help but fall a little bit in love with them. We are pleased by their successes and sigh over their misfortunes; and it feels that we, like Coulthard, are ‘walking with “ghosts” – not only the Hickes family, but also the workmen who laid the railway track, the waggoners with their horses, the children walking to the village school, the gleaning women, the labourers ambling home’.

The Barn is a new approach to agricultural history, offering a beautifully woven tapestry of characters, flora and fauna, living their lives amidst a landscape of rolling hills, babbling brooks, and fertile fields, against a background that is constantly changing yet always recognizable. It is a challenge to all to accept the countryside, and the past, for what it is, and it is a celebration of the true nature of life on a farm. 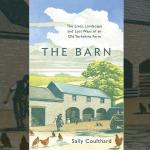 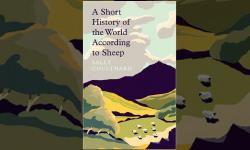 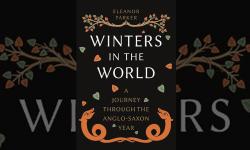 Winters in the World, Eleanor Parker

"To ravage, to slaughter, to usurp under false titles, they call empire; and where they make a desert, they call it peace "
~ Tacitus