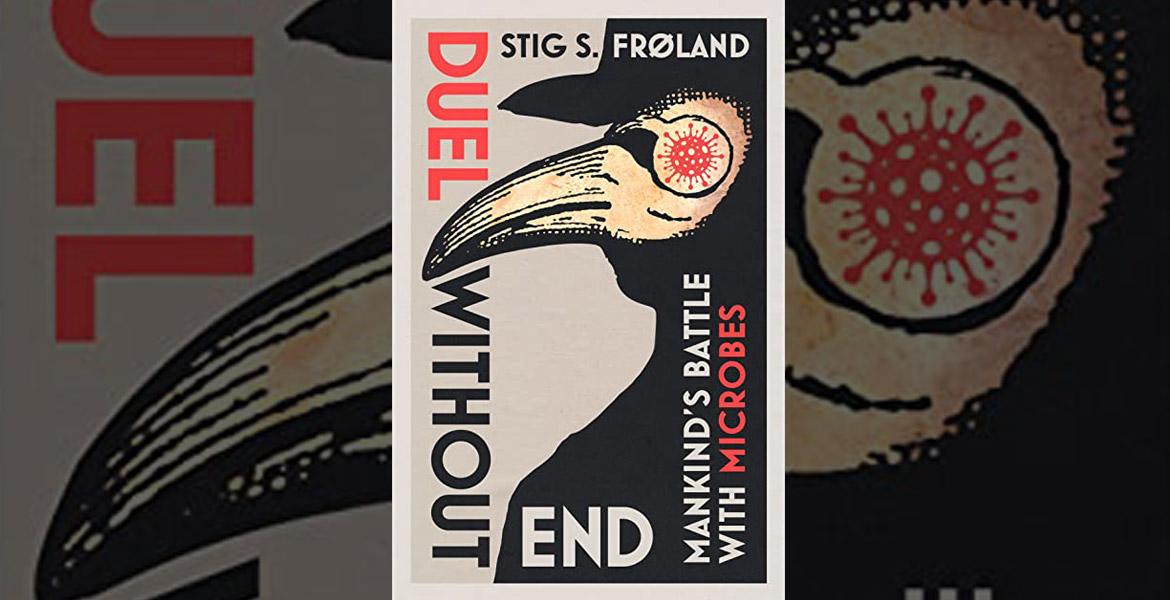 There has been something of a rage for history-of-disease type books recently. This, of course, is perfectly understandable: given the turmoil of the last two years, it is hardly surprising that there is renewed interest in the history and impact of contagion. After all, we have all now experienced what it is like to live in fear of an infection, to have our lives turned upside down by it, be it through redundancy, social isolation, home-schooling children, or even just a lack of essentials like toilet paper. The challenge for the potential author of any new book on the subject is therefore to stand out from the crowd, to make it original and appealing, while keeping at least a semblance of academic rigour.

Duel Without End meets all of these criteria. The writing is superb, providing a wealth of detail but keeping a fast pace and a sense of humour – with pop culture references aplenty. The cover is eye-catching and the many supporting visual sources are well selected, albeit not necessarily a bonus for the squeamish.

But what truly sets this book apart is that it is written not by a historian, but by a professor of medicine who specialises in infectious diseases. It brings a lifetime of medical knowledge to a history book, and creates a middle way between art and science: it is a crash course in epidemiology for historians, and an introduction to history for the scientists. It is informative, original, and refreshing, and the strongest argument for interdisciplinary working that I have seen. The technical detail is there, but it is not overwhelming (although it can sometimes be gruesome!) and is explained in a manner that is simple yet avoids being patronizing.

Given the quality of the scientific information – and the background of the book's author – it is surprising that there is such a good grasp of history. Admittedly, there is little by way of archival work in the way traditional historians would understand, but instead there is a well informed and thorough synthesis of understanding of disease and medicine through the ages, as well as a wide general knowledge on historic characters, states and empires. If work on infectious diseases is Frøland’s magnum opus, then studies in history are his magna otia. It is a great combination.

One can, however, occasionally sense Frøland’s frustration with traditional history, with its passion for what, to many, must seem like endless pointless debates and theorizing. This is where science and art can clash: the nature of historical research is that there are very few ‘wrong’ answers and an almost infinite number of interpretations. As one eminent historian said, ‘history that is not controversial is dead history’.

Hugh Trevor-Roper, History: Professional and Lay (Oxford: Clarendon Press, 1957), p. 5. There is a reason that the collective noun for historians is an argumentation.

One can also feel the author’s exasperation that historians are willing to overlook what to him seem like self-evident scientific principles in discussing the causes of significant events, including the downfall of empires and defeat in war. ‘For some reason or other,’ Frøland complains, ‘historians, maybe unconsciously, seem unwilling to include the major epidemics in their analyses of historical events.’

Duel Without End is, then, a well-researched, brilliantly written, original, and very timely book. It combines some of the most fascinating, but often overlooked, stories from history with an understanding of infectious disease gained through a lifetime of working at the sharp end. It has made me smile and squirm in equal measure, it has made me think, it has made me re-evaluate, and it has made me glad that Stig S. Frøland has had the inspiration and time to share his knowledge with the wider world.

The artillery used by the British in the run-up to the Somme offensive in 1916 was so loud it could be heard in England.