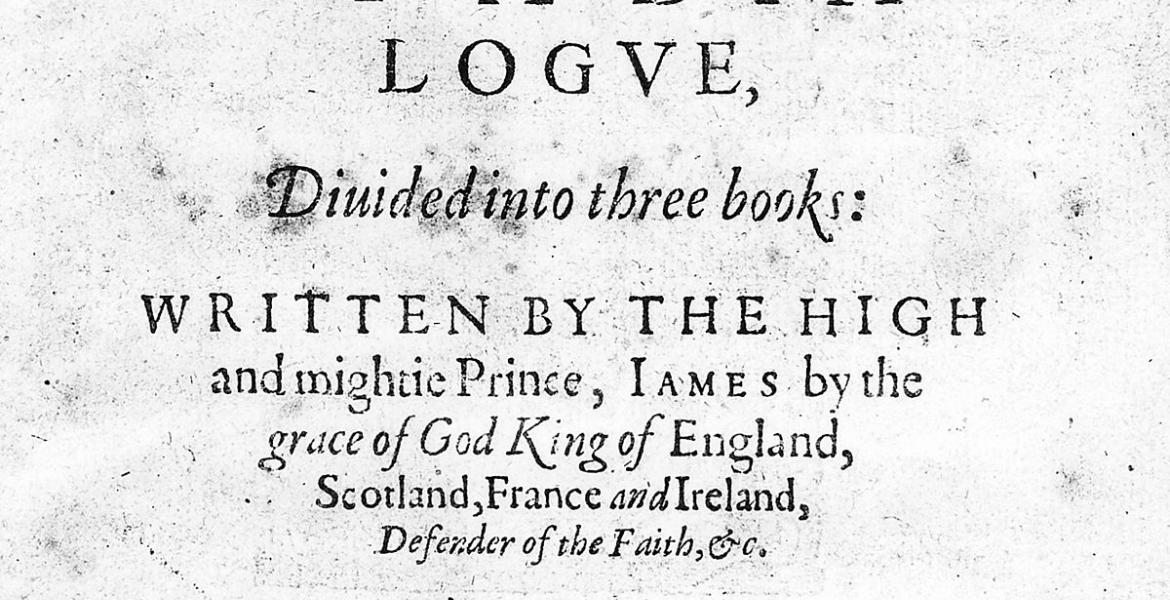 In Forme of a Dialogie

In 1590, James VI of Scotland, and from 1603 James I of England, was forced to shelter from storms in Norway during a journey from Copenhagen to Scotland with his new bride, Anne of Denmark. The storms, thought to have been caused by witchcraft, sparked James' interest in witch-hunting and led to the well-publicised North Berwick witch trials. James' 1591 tract, Newes from Scotland, provides the most detailed account of these trials and is included in Daemonologie, his 1597 discourse on witchcraft and demonology. Through it, he attempts to convince the sceptical public of the reality of witchcraft and the dangers of magic to society and religion, as well as set out guidance on the finding and prosecution of witches.

Daemonologie, as well as reflecting contemporarySomeone or something living or occurring at the same time. cultural attitudes on religion, gender, and social norms, also had an impact on his culture. It was used by the likes of Matthew Hopkins, Witchfinder General, in witchhunts during the 17th century, and was probably the inspiration for Shakespeare's Macbeth.

Digital version made available through Project Gutenberg. Wherever possible, original spelling and formatting has been maintained.

Thirty-two countries attended the Evian Conference, designed to tackle the Jewish refugee crisis, in 1938. Only one country - the Dominican Republic - agreed to accept more refugees.

"Nobody is healthy in London. Nobody can be. "
~ Jane Austen (Emma)