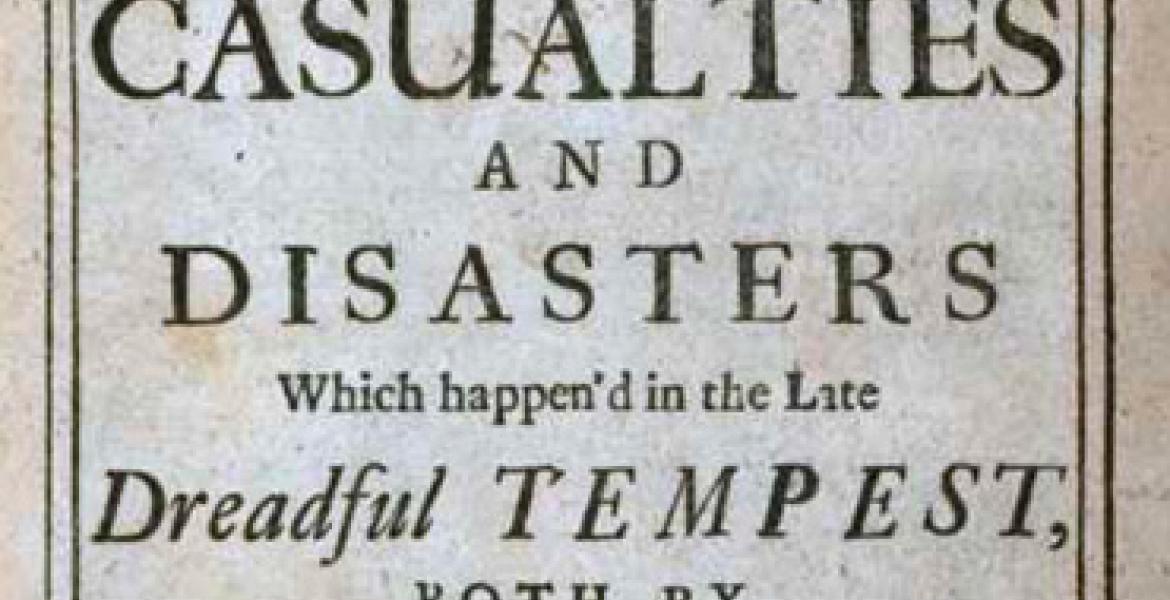 The Storm: or a Collection of the most Remarkable Casualties and Disasters which happened in the late Dreadful Tempest, both by Sea and Land

Lord hath his way in the Whirlwind, and in the Storm, and the Clouds are the dust of his Feet — Nah. i. 3.

Digital version made available through University of Adelaide.

On the night of 26 November 1703 (OS), what has been described as the worst storm in the history of the country hit Britain. The Great Storm of 1703 killed thousands of people, and caused hundreds of thousands of pounds worth of damage. Inspired by his own experiences, and his subsequent investigations - including a request for eye witnesses from across the country placed in the London Gazette - the spy and author Daniel Defoe set about writing his own account of it. The result, published as The Storm in 1704, has been called the first substantial work of modern journalism.

Pope Innocent VIII allegedly drank the blood of three young Jewish boys in the hope of capturing their youth. He is also reported to have had the first blood transfusion, in 1492.

"You have no idea how hard it is to live out a great romance. "
~ Wallis Simpson