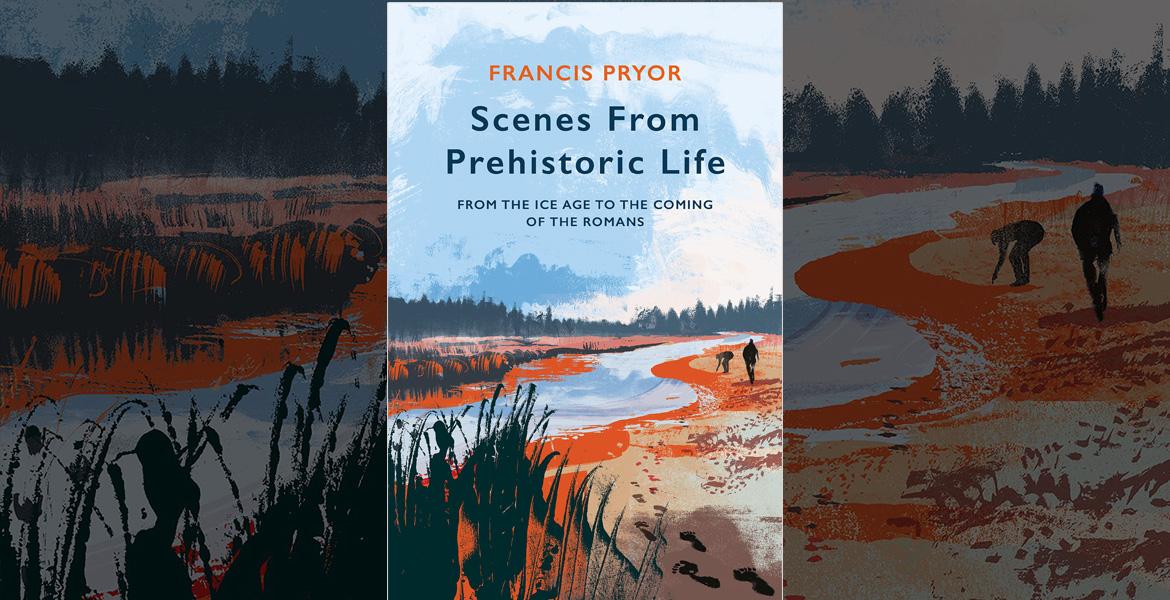 Francis Pryor’s Scenes from Prehistoric Life: From the Ice Age to the Coming of the Romans invites the reader on a gentle stroll through prehistoric Britain, from signs of the first ‘Britons’ walking the banks of the old course of the River Thames almost a million years ago to the reaction of their Iron AgeThe Iron Age of the British Isles covers the period from about 800BCE to the Roman invasion of 43CE, and follows on from the Bronze Age. descendants to the Romans in 43 CE'Common era', the non-religious way of saying AD ('anno Domini', or 'the year of our lord').. In each of the 15 ‘Scenes’, arranged in a loosely chronological fashion, the book explores many of the sites that we already know and love – like Happisburgh, Stonehenge and Maiden Castle – but it also introduces some new and wonderful places to study and discover. And unlike other works, Scenes from Prehistoric Life describes the landscapes not through dry finds, in-depth scientific analysis, or even through broad brush strokes, but by painting a complete picture of that place, in that time, in something more akin to hopping into a time machine than to reading a book. Each scene is made immersive and accessible by relating it to the fundamentals of humanity – aspects we would recognize like preparing meals, enjoying social and family gatherings, or travelling.

It is perhaps unsurprising that some of the most vivid scenes are those closer to our own time. Partially this is because the evidence often does not exist to the extent necessary to bring to life the very ancient in so full and convincing a manner. But also for much of the last million years Britain was a land of windswept, frozen tundraA cold and treeless biome, with short growing periods and small plants (grasses, mosses, herbs). See 'A Brief History of Climate Change'., or ice sheets as far as the eye could see. So instead, it is from the MesolithicThe 'Middle Stone Age'. See 'The Chronology of the Stone Age'., when the ice finally retreats, that both the land and the narrativeA story; in the writing of history it usually describes an approach that favours story over analysis. really come alive. Here – and in the following millenniaThousands of years. – Pryor is in his element, and his specialism. With so much experience and knowledge, Pryor is able to draw on a wealth of facts, stories, and anecdotes, as well as an understanding of the discipline picked up over a lifetime’s work. Here, archaeologyThe study of the things humans have left behind. See 'Some Notes of Archaeology'. is not all about travel to far-flung and exotic places in the hunt for ‘treasure’; it is also the rueful smiles about the paperwork that invariably ends up hidden in backs of sheds, of accidentally digging through surprisingly fresh human excrement, about the problems of the ‘Old Boys’ ruling the roost. Pryor shows archaeology at its roughest, most honest, and most charming.

This charm is communicated through an informal, chatty style. We are not in a classroom, but on a wander through the landscapes, across muddy hills, wading through streams, with a guide who is not just knowledgeable but who is also enthusiastic. The love of the land, the acknowledgement of the need for symbiosis with our environment, the thrill of seeing the traces of our past, all radiate from the pages, and the passion is infectious. We also naturally read about scenes from Pryor's own past, his experience of farming and living a more rural way of life, the digs he's been on and how he's reacted to them. In this way, it is almost a manifesto for his own particular outlook. It shows significant concern for the state of the environment and climate, for the disrespect shown to important sites by business and protesters alike, and for the political and social turmoil in which we currently find ourselves. But unlike many manifestos, it is not shouty; it convinces by the gentle yet evident sheer joy in the British landscape and a belief in the goodness of humanity. With so much beauty before – and behind – us, why, asks Pryor, would we ever want to destroy it?

Some might perhaps complain that this is too self-absorbed, but Pryor's point is to make the prehistoric past more immediate, and to show that the things that unite us are greater than those that separate us. After all, we are all social animals, tied by family and friends, needing interaction and hope, but also needing the basics like shelter, food, and security. Early man will still throw away an almost-completed tool in anger after botching the job on the last stroke; Iron Age ‘teenagers’ will still escape the close control of parents to find themselves and their skills amongst their peers; and Bronze AgeThe Bronze Age was a time between the Neolithic and the Iron Age, which is characterised by the use of the alloy bronze. In Britain it lasted from about 2500BCE until about 800BCE. families will still sit in their houses, enjoying a meal that possibly includes a dollop of caviar.

Of late, there has been a rush to get to the countryside, to return to a simpler rural way of living, away from the hustle and bustle of modern ‘civilization’. Scenes from Prehistoric Life fits perfectly with this craving, tapping into a need that has become all the more urgent in recent months. The scenes that Pryor imagines, and allows the reader to witness, capture the essence of this and could be thought to have inspired it, if not for the publication date. Nevertheless, he taps perfectly into our current psyche. There is nostalgia, and a longing to return to basics, but there is also hope. Pryor’s faith in the human condition, while occasionally encouraging the cynical among us to roll our eyes, might be exactly what we need.

You can purchases Scenes from Prehistoric Life: From the Ice Age to the Coming of the Romans here. 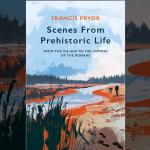