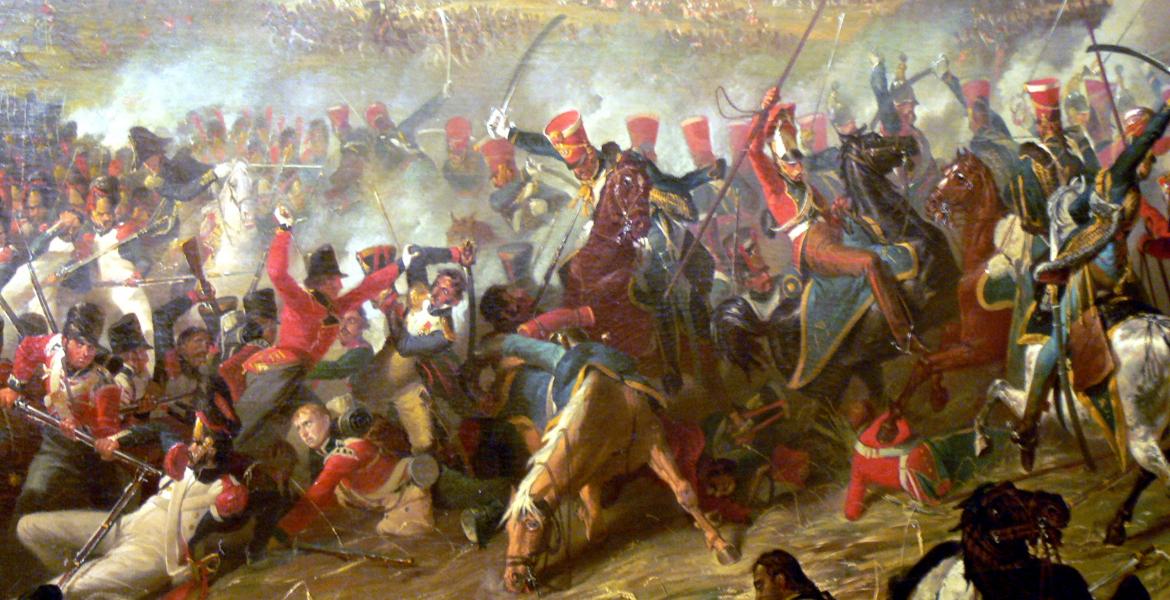 Key facts about the Battle of Waterloo

In 1814, Napoleon Bonaparte abdicated the French throne and was exiled to the island of Elba in the Mediterranean. By February 1815 he'd escaped, thanks to the carelessness of his 'guard', his charisma, and his ability to discern information from his visitors,

Immediately following his escape, the British had in fact been accused of aiding him. He had received a constant stream of visitors to his island, many of whom well-connected, who enjoyed gossiping about the politics in Britain and the Coalition countries. Furthermore, his 'guard', Sir Neil Campbell, had been issued with no clear instructions from the British government (in response to a direct request for direction, he'd been told to be a 'British resident in Elba without assuming any further official character'), and had therefore not taken his job seriously, often being absent from the island. before marching on Paris against the newly installed Louis XVIII. Louis fled Paris, and it is said that Napoleon arrived so quickly afterwards that he ate the meal cooked for the King. Those sent against him, such as the French General Marshal Ney, switched to his side, as did a number of old supporters and prisoners of war.

The Prussian army, led by General Blücher, was defeated at Ligny on 16 June 1815 before it could meet with the British and Dutch. In response, and having suffered in their own skirmishes, the British withdrew to a ridge above the small Belgian village of Waterloo, harried all the way by the French and pounding rain.

Despite the extreme discomfort and misery of spending the day and night in the open during a storm, the British took this as a good omen. There had been storms on the eve of their victories at Vittoria, Salamanca, and Fuentes de Onoro. The withdrawal could well have been tactical. Wellington had been in the same area a year previously, and had noticed a particular ridge which he thought would be the perfect place for a battle, should the need arise. Napoleon caught up with him shortly after. With battle lines drawn, Napoleon hoped to defeat the British and her allies before the remaining Prussian army could meet them, bringing supplies and men.

It rained heavily on the night of 17 June 1815, turning the battlefield into a giant muddy puddle.

No-one is entirely sure when the battle started: some say 10.00 and others say 11.30 and lasted for maybe 12 hours. But cavalry wasn't the only thing affected by the rain: many of Napoleon's heavy cannons sank so deeply into the mud they couldn’t be used. To make matters worse for the French, Napoleon was suffering with terrible haemorrhoids, which prevented him from staying in the saddle all day. With the French commander often absent from the battlefield, his usual intelligence and strategic ability were lacking.

However, C.S. Forester has argued that Napoleon wasn't necessarily the military genius that his reputation suggests, pointing to the fact that Napoleon didn't change his strategy to suit his opponents, and was unable to learn from defeats. This, Forester says, is the real reason he lost at Waterloo. On the other hand, David Gates argues that his ability to reorganise an army into easier to control and mobilise corps transformed the size of armies and the scale of operations they could undertake. As such, he changed the nature of warfare. It wasn't all bad for the French, nor all good for the Allies. The tired and muddied Allied force was not the best, and their inexperience showed, with the Belgians hastily retreating during French onslaughts and creating gaps along the line. By late afternoon, Wellington observed that 'men were going down like ninepins' thanks to intense bombardment by the French. Without reinforcements from the Prussians, the situation did not look good: 'Give me night or give me Blücher', he prayed.

The heavy rain had also not been kind to the Allies, worsening the condition of the roads which delayed the Prussians further. Although Wellington was later to downplay the importance of the Prussians, he said the was 'the nearest run thing you ever saw in your life'.

The elite French force, the Imperial Guard, were sent into battle late in the day, as a last attempt to break the Allies before reinforcements arrived. Once again, though, the line held firm and the Imperial Guard were forced to retreat - the only time this had happened.

It has been argued by some, such as Michael Barthorp, that this delay lost Napoleon the battle. Wellington sounded the advance to pursue the retreating Guard just before the mass of Blücher’s army arrived to attack Napoleon's rear and flank from the east.

The phrase comes from a battle fought between King Pyrrhus of Epirus and the Romans at Asculum in 279BCE as part of the Pyrrhic War for control of Magna Graecia. According to Plutarch, on being congratulated on his victory, Pyrrhus replied 'If we are victorious in one more battle with the Romans, we shall be utterly ruined.' Napoleon suffered 41,000 casualties; the British, Prussians and their allies suffered 24,000. Half of the staff officers in Wellington's immediate entourage were killed or wounded. As Wellington said, 'They pommelled us and we pommelled them. We pommelled the hardest, and so we won.'

America had remained sympathetic to the principles of the French Revolution throughout. Finding all ports blockaded by the British, he was left with little choice but to claim asylum. On 15 July 1815, almost a month after his defeat at Waterloo, Napoleon turned himself over to Captain Frederick Maitland, commander of HMS Bellerophon.

Having caught him, the British were at a loss as to what to do with him. Napoleon had hoped for a quiet retirement on a British estate, whilst the Prussians wanted him executed. He couldn't be declared a prisoner of war, as then he would have to have been released at the end of hostilities. While the British government dithered, Napoleon remained on the Bellerophon, now in Plymouth. The British, themselves fearful of a revolution inspired by Napoleon in their own land, eventually settled on exiling Napoleon to St Helena, a remote island in the South Atlantic that was owned by the East India CompanyA monopolistic company formed for the exploitation of trade with Southeast Asia and India..

Britain’s actions in this were unquestionably illegal, which they well knew: the Lord Chancellor, Lord Eldon, felt he couldn’t even put his seal to the September 1815 Convention confirming it. Instead, they worked on ‘the law of self-preservation’.

Napoleon lived out the rest of his days on St Helena, lonely and not particularly well treated. He died six years later, in what could be called mysterious circumstances. Stomach cancer was suggested at the time, which the British embraced as they didn't want his ill treatment to be the obvious cause of death.

The autopsy had found a stomach ulcer, although the report was never signed by the person conducting it. However, a review of the diaries of Napoleon's valet has suggested arsenic poisoning as the cause of death. Many have wondered whether it was deliberate, although analysis of his hair throughout his life has shown high levels of arsenic, which suggests it was an unintentional build up over time.

Waterloo is considered the deciding point of the Napoleonic Wars. This would suggest that the outcome of the Wars depended on the outcome of the battle. However, it is unlikely that Napoleon could ever have won the war, even if he had won the battle. Leaving aside the misfortunes with the weather and his health, Napoleon was not in a good position. Although there were issues with the Coalition’s troops, they still vastly outnumbered Napoleon’s: there were 118,000 from Britain, Prussia and their allies against 73,000 for Napoleon. Furthermore, there was such a grand coalition against Napoleon by June 1815 that, at some point, he had to lose.

Over the previous five years, Britain had practised what the French termed ‘Anglo-Saxon encirclement’, with Britain managing to establish and hold a coalition containing many factions, based on heavy diplomacy and a number of ‘subsidies’: Portugal, Sweden, Prussia, Russia and the Habsburg dynastyA line of hereditary rulers of a country, business, etc. all received over £1,000,000 a year each from Britain. By the Battle of Waterloo, any victories obtained by the French would merely have delayed the inevitable conclusion.

Dan and Peter Snow have produced a book on Waterloo for its 200th anniversary, called The Battle of Waterloo Experience. It is short but reasonably unbiased, and it is possible to practice your French and palaeographyThe study of old handwriting. The study of old handwriting. with a collection of facsimile documents included in the book. Bernard Cornwell, famous for his Sharpe series, has written a factual book on Waterloo based on his research for the fictional series, which is exceptionally well-written although not academic. 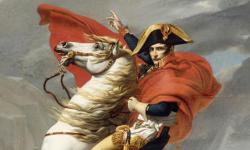 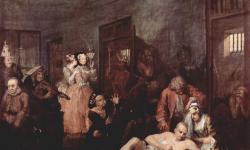 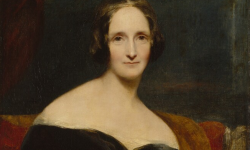 "What recreation tooke I? How lawfull was it? ... Was it not affected with too much delight? "
~ Questions from the seventeenth-century puritan guidebook for women, 'A Fountaine of Tears'