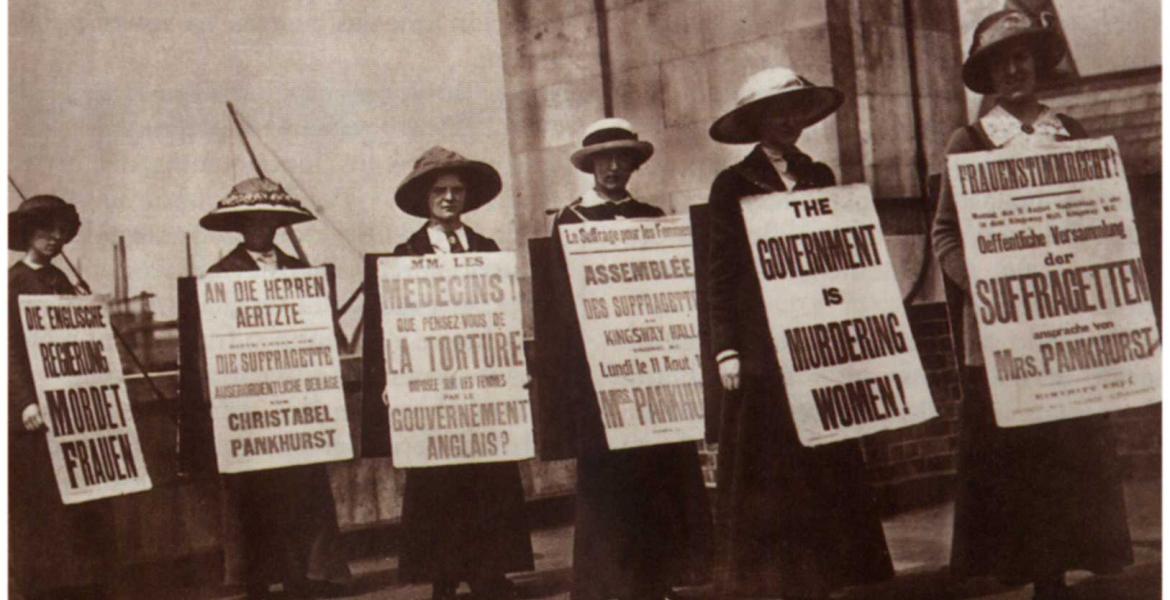 The Death of Emily Davison

The term was first used as mockery, but the Suffragettes embraced it and turned the 'g' into a hard one, calling themselves 'suffra-GETs'. Emily Davison stepped in front of King George V’s horse, Anmer, at the Epsom Derby. She was trampled and died in hospital four days later. She is recognised as a hero and martyr for women’s rights, although most of her actions today would be considered terrorism.

Before the First World War there were many arguments against female suffrage. Doctors advised that women’s brains and bodies were unsuitable for political thinking, which could lead to infertility or increased ‘manliness’. Women had no legal status separate from their husbands, so there was no room in law to give them the vote. Furthermore, as good daughters and wives, they would likely be swayed in their political choice by their fathers or husbands. Other people thought it was just not ‘proper’ for women to vote. Many women, as well as men, saw the sound logic in these arguments, and in 1889 some 2,000 prominent women signed a petition against female enfranchisementTo be given citizenship, particularly the right to vote..

For much of the modern period, most men have also been denied the right to vote. In 1432, Henry VI passed a law that only male owners of property worth at least £2 (which could be worth as much as £800,000 in today's money) could vote. This went largely unchanged until the 1832 Reform Act, which allowed about 14% of the adult male population to vote. It was only in 1918 that all men over 21 were given the vote. By the start of the 20th century, the movement had gained considerable momentum, and by 1914, supporters were bombing schools, public buildings and churches (including Westminster Abbey), with suffragettes chaining themselves to railings outside Downing Street and Buckingham Palace. When arrested and imprisoned, they went on hunger strikeWhere a prisoner refuses to eat food as a form of protest. Where a prisoner refuses to eat food as a form of protest. . The hunger strikers were force-fed, attracting sympathy from the press and public, causing the government to introduce the quite probably illegal Cat and Mouse Act (where hunger strikers were released from prison and then re-arrested after their health had improved in order for them to continue their sentence).

Emily was an intelligent woman from Kent. In her younger years she was given a bursary to study English literature and foreign languages at Royal Holloway College, although she had to drop out after her father died. She went on to become a governess and in 1906 joined the militant Favouring the use of violence and confrontation in the support of a cause. Women’s Social and Political Union (WSPU). When her activities as a suffragette made it impossible for her to take work as a governess, she remained unemployed, writing occasional articles as a journalist and living on gifts from her family.

Although no-one really knows what she was thinking on 4 June, it is likely that she hoped her actions at the racecourse would enhance and advertise the suffragette movement. We don't know whether she intended to commit suicide, as she had a return train ticket, and it has even been suggested she was just trying to cross the racecourse and mistimed it. However, she had made her will in 1911, which perhaps suggests death was on her mind. Furthermore, she said to a prison doctor in 1912 that 'a tragedy is wanted' to raise awareness of the cause. Did she think that she could be this tragedy?

Whatever her reasons, she was labelled as a mentally ill fanatic, and the event shocked several previous supporters into withdrawing their support, many of whom saw her actions as an insult to the King.

This loss of support can't, however, be entirely blamed on Davison. The increasingly violent acts undertaken by the WSPU had been reducing public favour for a while. Neither did the movement get the press coverage Davison had been hoping for, making 'less impression than the fact that the favourite and first past the post of the best-attended Derby in years was disqualified in favour of a 100-1 outsider.'

David Horspool, The English Rebel: One Thousand Years of TRouble-making from the Normans to the Nineties, London: Penguin (2009) p.361  When the press did mention it, instead of focusing on her death, they concentrated on the welfare of the jockey and horse (which had to be put down). The jockey, Herbert Jones, committed suicide in 1951, having been ‘haunted by that woman’s face’.

Emily's funeral took place on 14 June 1913 and was accompanied by a spectacular procession of other suffragettes, carrying a large cross at the front. This subdued some of the usual 'rowdies' who were often hired to heckle suffragette events, and many were reported removing their hats in respect.

There is not a chance, in today’s world, that she could ever have made the impact she did at the time. The UK currently defines terrorism as any action or threat of action ‘designed to influence the government’ and ‘made for the purpose of advancing a political, religious or ideological cause’. Not just Emily Davison, but the whole suffragette movement, would have been permanently jailed before it started.

Sadly, there are no good recent biographies of Emily Davison. However, there are several books on the suffragette movement as a whole. A very good, concise guide is Paula Bartley's Votes for Women (3rd ed. 2007), which is part of the Access to History series. Essential reading for the student of the Women’s Social and Political Union is The SuffragetteA woman seeking the right to vote through militant organised protest. The term was first used as mockery, but the Suffragettes embraced it and turned the'g' into a hard one, calling themselves 'suffra-GETs'. by Sylvia Pankhurst. 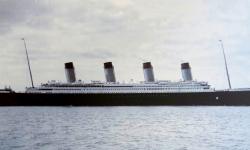 The sinking of an unsinkable ship: Titanic

One of the earliest precisely dated events is two guys getting drunk on October 22, 2137BCE.