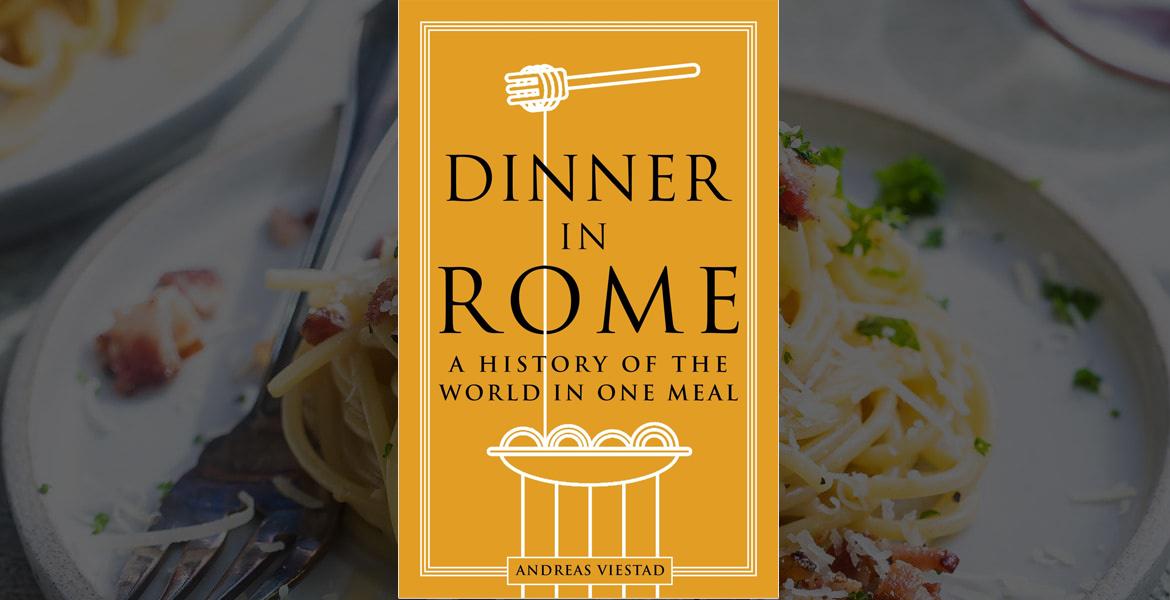 Dinner in Rome is, like a good carbonara, an effortless combination of ingredients that come together to make the perfect dish. Part history, part travel guide, and part food-critic's column, it takes the reader on a stroll around Rome, around some of the most interesting and little-known aspects of history, and around the dinner menu at a charming, locals' restaurant in Campo de' Fiori. It follows Andreas Viestad’s musings as he is presented with wine and a superb-sounding five-course meal, leading the audience by its taste buds as he travels around the globe and across history, from early humans in Africa to the modern Sicilian Mafia. At each point Viestad describes the intricate web of connections across cultures and times, showing how food has been – and always will be – central to society and to civilization.

It is a strange idea and, one might argue, an odd way to go about presenting it. The book is by no means a straight narrativeA story; in the writing of history it usually describes an approach that favours story over analysis. history, in which chronological order is the staple. Instead, the story is the meal, the structure provided by the menu and the custom of serving bread, antipasti, primi, secondi, and dessert in that order. But, rather like Viestad’s wine – which supposedly tastes of 'plums, pomegranate, and wild boar' – it works.

P. 139. Dinner in Rome is wide-ranging, full of little morsels of unusual facts and random references providing delicious dashes of flavour. As with any good meal, it also challenges the diner to explore and expand the way they perceive and experience the world around them, and, on the whole, it is surprisingly convincing in its arguments. The idea that farming was introduced not to ensure a ready supply of food (and, of course, it didn't – it merely increased cases of malnutrition), but so that people could get hammered whenever they wanted, makes absolute sense when it comes from the author's pen. Likewise, that the ReformationThe split from the Roman Catholic Church of protestants, inspired by people such as Martin Luther, John Calvin, and Huldrych Zwingli. took hold because of butter bans is just as plausible. Viestad makes the point well that, as food is such an essential component of our lives today, so it should take more of a central role in how we think about the past.

All of this comes in a package that is not only approachable, but entirely enjoyable. Dinner in Rome is filled with humour, as well as a deep appreciation of the subject. There is a lovely, down-to-earth feel about the writing. Viestad goes from quoting Cicero to Monty Python in the space of a page; he gently ribs his archaeologist wife while describing his book a work of 'culinary archeology', and he mocks his own voracious appetite.

P. 9. This is a man who doesn't just love history, or Rome, or food. This is a man who loves life, and he passes this joy of living on to the reader. As a manifesto for how we should go about not just understanding, but savouring, both the present and the past, it is refreshing yet heady – something akin to a decent limoncello. The premise is tempting and tantalizing, as all good menus should be. What’s more, the book lives up to expectations: every section is as tasty as promised, every chapter a joyful mouthful of information, bursting in surprising and juicy ways. Dinner in Rome is utterly scrumptious. The only problem I can see with it (aside from the sudden, expensive need to revisit Rome), is the publication date: for an ideal summer read, September is a bit past due. 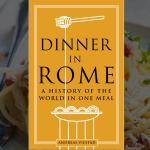 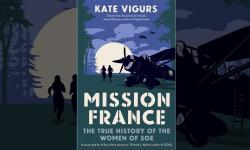 1968 was the only year during the 20th century when no member of the British armed services was killed on active service.