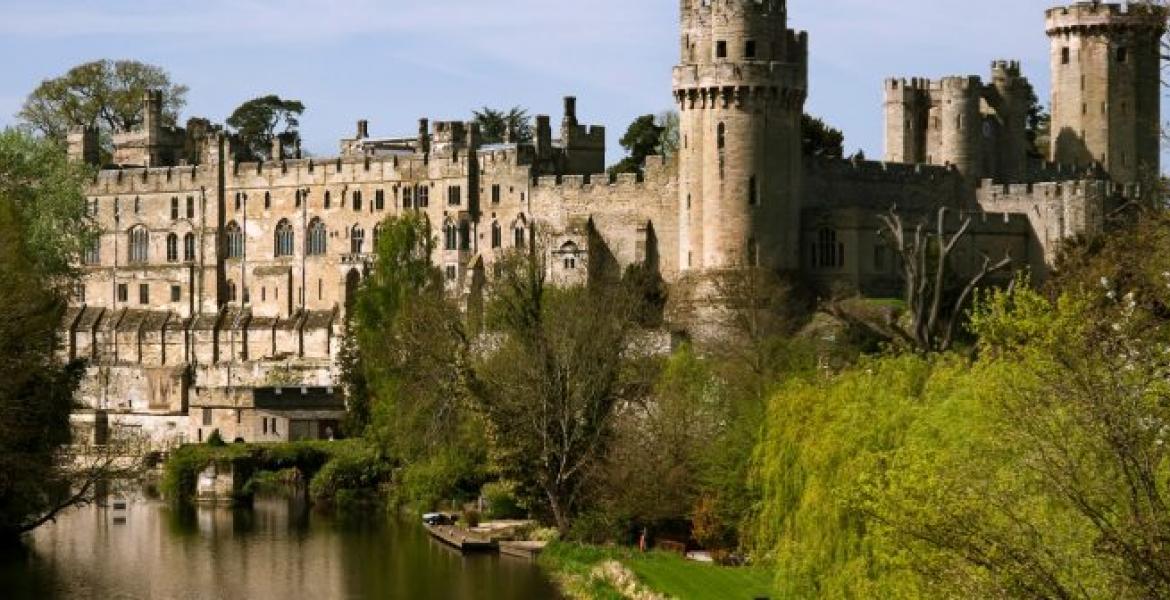 Given its history, and the fact that it is now owned by entertainment giant Merlin Entertainments, a great day out should be expected from the castle, and according to information on its website, there certainly seems a lot to do. As well as the castle grounds, towers and living quarters to explore, there are a number of special exhibitions, such as the dungeons, a Horrible Histories maze and a display showing Neville's preparations for the Battle of Barnet.

Given a full day, it can be possible to enjoy everything, but make sure to arrive just as it opens. This way, not only is it possible to catch the ceremonial opening of the castle's portcullis, it should also be possible to avoid parking in the overflow car park, which could be up to 30 minutes' walk from the castle entrance.

Also, make sure you take £6 (as at September 2016) in change to pay for the car park: the pay machines at the entrance do not like cards, nor notes (we used a £20 note to pay and received just £7 in change, all in 10p pieces). It could well be cheaper and more convenient to park in the town of Warwick. There is so much to do that a full day is needed to appreciate Warwick Castle fully, and to get value for money: at £84.50 for a family of four, £104.20 for a family of five,

Based on September 2016 prices and children over two charged entry, it is by no means a cheap day out. Advance booking can reduce the price, as can Taste Cards and English Heritage membership (both of which will get 50% off) and the vouchers which are often found on the sides of cereal packets and in magazines. There is also the option of a next day return ticket for £1, useful for those visiting on a Saturday or during a break.

The castle has done its best to ensure there are a number of attractions other than the main building, although these vary in quality and relevance. The Horrible Histories maze is new for 2016, but is not the greatest maze and is sometimes 'iffy' with the way the history is described. One of the main attractions is the dungeon, with different sections including the plague, witches, and crime and punishment. However, there is an extra charge of £9 per person, and it is not recommended for children under 10. But the star of the show must be the castle, which is immense, interesting and well-preserved. The castle provides an excellent example of medieval military architecture, and the country house within its walls shows how living arrangements and society changed over the last millennium. For those fit enough - there is a health and safety warning - it is possible to climb the walls and towers of the castle, many of which are on show for the first time in 2016, and it is also possible to tour the state rooms of the house.

Food and other visitor facilities leave something to be desired. There was little by way of choice,

Only two places to eat 'proper' food were open when we visited on a busy Sunday in mid-September, leading to queues of over half an hour with the main fare being mediocre burgers and other high-fat, high-calorie options. This was served by over-worked, flustered staff who struggled to work the tills and overcharged us by £8. Sadly, places to sit down were limited, as were the toilets which, by midday, were too dirty to contemplate taking the children to. As often expected with a castle, there is not much to do for those who have mobility difficulties, with steps into almost every building, and those with pushchairs are likewise limited.

Warwick Castle can be an enjoyable experience, with careful planning. Try to plan the visit for a time that is not so busy, make use of offers and the £1 return wherever possible, get there early, think about parking in the town itself, and take your own food. If you do these things, it could be a great day out. 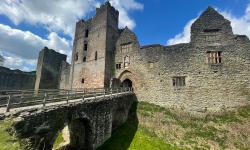 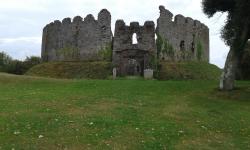 Frederick the Great always dressed in a threadbare military uniform. He considered a crown a useless hat which let the rain through.

"Total abstinence is so excellent a thing that it cannot be carried to too great an extent. In my passion for it I even carry it so far as to totally abstain from total abstinence itself. "
~ Mark Twain