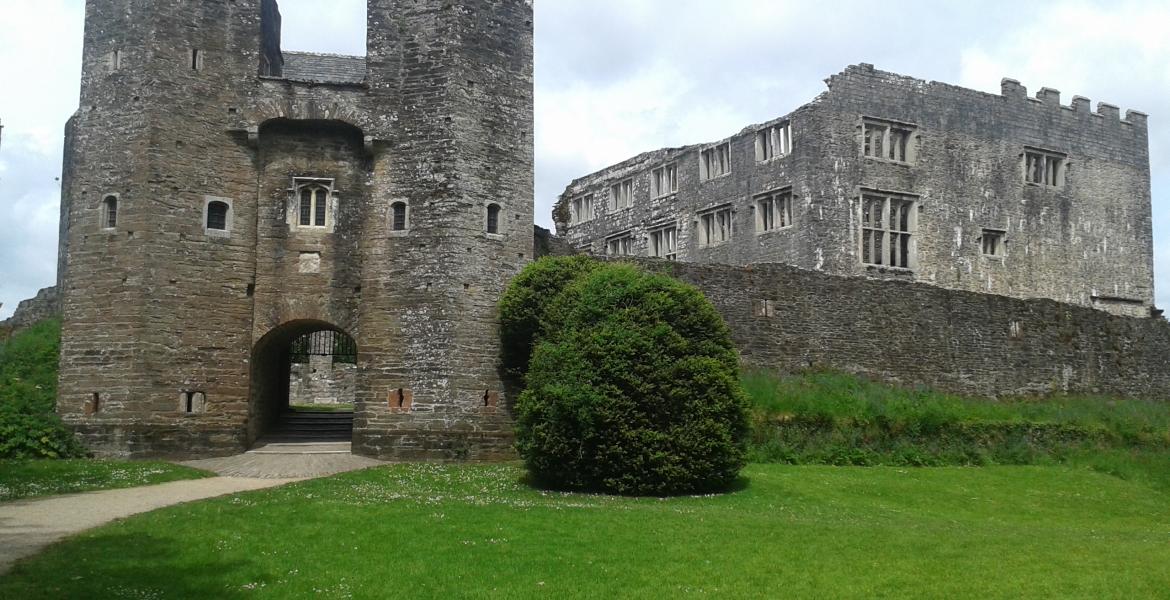 Berry Pomeroy Castle is a late medieval castle owned and managed by English Heritage. Its original walls were built in the late-fifteenth century as one of the last traditional personal castles, and it was occupied until falling out of use in the seventeenth century by first the Pomeroys and then the Seymours.

Due to the late date of its construction, it is not a typical motte and bailey castle, and in fact resembles more a ruin of a stately home, with only a small bit of the original castle remaining. Most of what can be seen is the structure of the Elizabethan manor house, with Stuart additions. However, the ruins are quite grand, and give the visitor an idea of what many National Trust properties would look like should they fall into disrepair.

With few staircases and towers accessible, there is very little free-range exploring for kids to do (particularly as we were directed along a route by the audio guide), although this does mean that most of the castle is reasonably accessible to those with mobility issues. Obviously, with a ruined castle, there is little cover in which to hide from the elements, and so visiting on a dry (ish) day is essential if you want to remain comfortable. The only room that was properly undercover was the chapel, which still retained some of its original painted plastering from the pre-Reformation era. Luckily for us, the sun was shining and the day was remarkably pleasant, allowing us to enjoy the views from the castle without shivering by a wall. It also allowed us to enjoy the lovely woodland and riverside walks around the castle, which helped to make the visit longer and more varied.

There are some pieces of information available (although I would have liked to see more) that are placed around the building, and this is supplemented by a good audio guide, which would interest all from ages 8 and upwards. However, with little to see – apart from the ruins – as we walked round, it was reasonably difficult for us to keep younger children in one place for long enough to listen to the full description in the audio guide.

Berry Pomeroy Castle is famous for hauntings, and the audio guide provided us with two ghost stories, which would entertain older children, but could scare the smaller ones. Older children could therefore enjoy a bit of ghost hunting, and from the candle scorch marks and wax on some of the walls, it would seem as if adults have also participated in the odd séance. But visitors should be warned not to look too closely for ghosts, for their appearance is meant to warn of imminent death! As if to emphasise the darker nature of the castle, there were at least six dead birds lying within the castle walls, perhaps killed by the unhappy ladies said to haunt it, but which again could be off-putting for some people.

Apart from the castle ruin and the walks, there is a small café, which could get crowded during busier times and which was quite expensive (and sit down only – there was nothing to take away), so if staying for lunch, I would recommend either being prepared to wait or taking a picnic. There is a small shop selling the usual English Heritage toys and trinkets. Whilst there are toilets on site, there is only one per gender, which again could lead to long queues during busier times.

A visit to the castle, even with the walks, shouldn’t take more than half a day (and considerably less if whistle-stopping with younger children), but it is one of the better preserved castles (certainly that we’ve visited) owned by English Heritage, and needs much less imagination to see it as it once would have stood. In all, a good visit for older children who enjoy castles and ghost stories, and for those who are interested in Tudor and Stuart history.

To find out more about Berry Pomeroy Castle, click here. 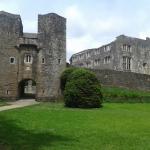 In the middle ages to ensure a good batch of beer brewers had it blessed by a priest. Compensation was typically 4 pints.