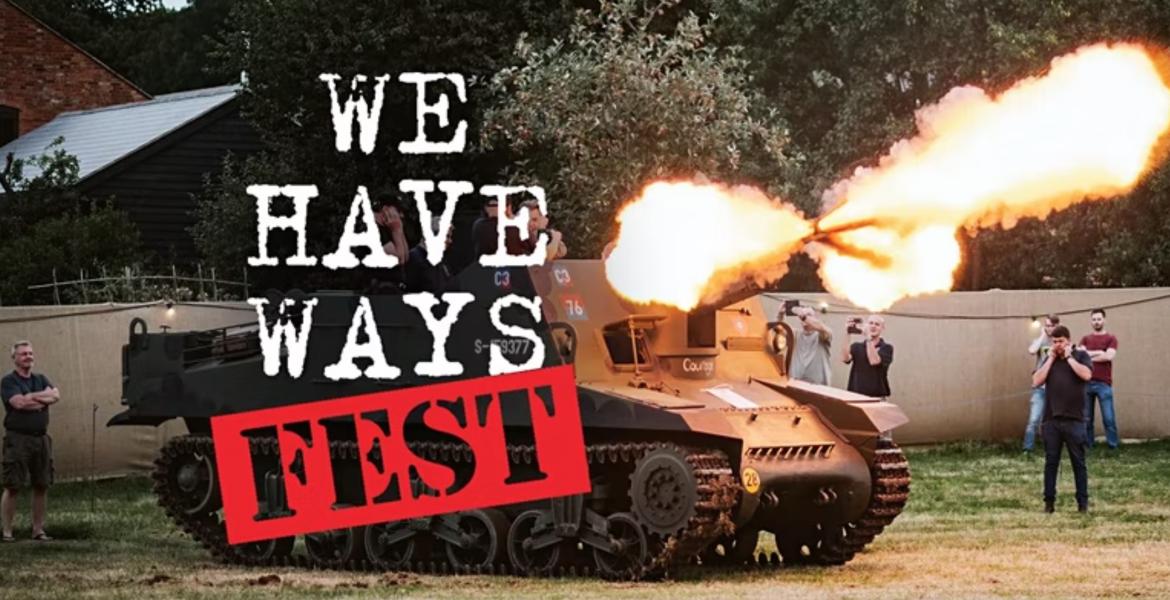 Our Top Picks for We Have Ways Fest 2022

In just a few weeks’ time, between 22 and 24 July, the brilliant We Have Ways of Making You Talk podcast will be holding its second We Have Ways Fest. Following on from the success of its inaugural year, the UK’s largest festival dedicated to the Second World WarA global war that lasted from 1939 until 1945. will be returning bigger and better.

The We Have Ways of Making You Talk podcast has been going from strength to strength. Having begun as a punt in 2019 by historian James Holland and comedian Al Murray, in conjunction with Goalhanger Films, they have aired over 450 episodes and had over 20 million downloads. As well as attracting a dedicated following – including the 2,500 members of the ‘Independent Company’ – it has brought together some of the brightest minds and contentious topics to create a podcast that is both engaging and informative.

The podcast is now bringing its unique blend of banter and expertise to the excellent Blackpit Brewery, situated just a stone’s throw away from the Silverstone circuit. With it will come an array of other attractions, including 50 speakers, impressive displays of contemporarySomeone or something living or occurring at the same time. military hardware, and entertainments ranging from living history to live music – as well as enough alcohol to sink the entire British Naval Fleet! While talks from the likes of Saul David, Max Hastings, and Katrin Himmler – as well as the tasty selection of craft beers from the host brewery – will be enough to keep the adults entertained, there is also plenty for the kids (of all ages) to do, with family stories, quizzes, films, and the ever-popular live firing demonstrations. What’s more, foodies will be well catered for, with everything from pies and pizza to pan-Asian street food, and camping will be available for those who want to make the most of the weekend; after all, it would be a shame to miss anything – as James Holland said, ‘The whole weekend is a total blast!’ For more information, click here. Tickets can be purchased here.

With so many things on offer, it will be difficult to choose what to do, so here’s our list of the must-sees of the festival.

Born over 20 years after the end of the Second World War, Katrin Himmler is SSShort for Schutzstaffel, it was a major Nazi paramilitary organisation which, among other things, was primarily responsible for the implementation of the Final Solution. chief Heinrich Himmler’s great-niece. An author and political scientist, she will be talking to James Holland about her family legacy and the lasting impact of the HolocaustThe mass murder of Jews and other minority groups under the Nazi regime. on Germany and beyond. This will be an important and fascinating conversation, and one absolutely not to be missed.

Katrin Himmler will be speaking on Saturday 23 July at 12pm.

Hosted by the chaps from the hugely popular Fighting on Film podcast, which reviews popular and long-forgotten war movie epics, the war movie quiz proved a hit last year, and is sure to be even more successful – and entertaining – in 2022.

The quiz will be taking place on Saturday 23 July at 11am.

Will Iredale and James Holland: Pathfinders

Will Iredale, journalist and author of Pathfinders (our favourite book of 2021), talks to James Holland about the men and women who revolutionized Britain’s air campaign against Germany during the Second World War. Thrilling and disturbing in equal measure, the exploits and trials of the Pathfinders, and the victims of the air campaign, will provide an engrossing conversation. To read our review of Pathfinders, click here.

Will Iredale and James Holland will be talking on Saturday 23 July at 7pm.

A fantastic panel consisting of Al Murray, James Holland, Saul David and John McManus will chat about some of the most hare-brained and ill-conceived special missions of the war (as well as some of the most successful). Prepare to be amazed!

The panel discussion will happen on Sunday 24 July at 9am.

Stephen ‘Abs’ Wisdom, half of our Chalke Valley favourites The History Tellers, will be on hand as a member of the Home Guard. Available all weekend, he will be providing entertainment and information on everything from directions to weapons, as well as performing his one-man show, ‘The Road to Dunkirk’.

Author and historical interpreter Kate Vigurs made a splash at Chalke Valley, and is sure to do the same at We Have Ways. Having written a wonderfully detailed narrativeA story; in the writing of history it usually describes an approach that favours story over analysis. account of women agents in the Special Operations Executive (SOEThe Special Operations Executive was a secret British espionage, sabotage, and reconnaissance unit working in occupied territory during the Second World War.) during the Second World War, she will lend her expertise to this festival, spending the weekend wowing audiences with tales of these amazing women, as well as showing off replicas of their kit. 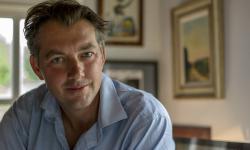 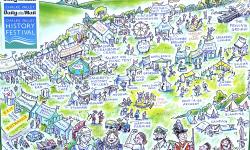 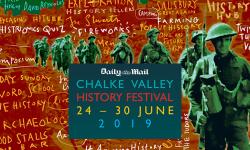 English bishop St. Wulfstan was said to have performed a number of miracles, including curing a woman of arthritis by writing a letter, cursing a tree to death that had offered shade to gamblers, and preaching to the slave-traders of Bristol so well that they abandoned their business.