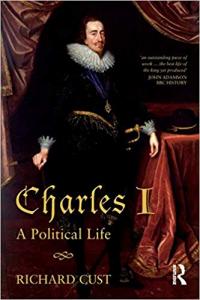 Charles I was a complex man whose career intersected with some of the most dramatic events in English history. He played a central role in provoking the English Civil War, and his execution led to the only republican government Britain has ever known. Historians have struggled to get him into perspective, veering between outright condemnation and measured sympathy.

Richard Cust shows that Charles I was not ‘unfit to be a king’, emphasising his strengths as a party leader and conviction politician, but concludes that, none the less, his prejudices and attitudes, and his mishandling of political crises did much to bring about a civil war in Britain. He argues that ultimately, after the war, Charles pushed his enemies into a position where they had little choice but to execute him.

The Tudor Privy Council would sometimes punish those who fell out of its favour by making them wait to be seen by the Star Chamber for days, weeks, or months in London, during which time they would run up huge lodging bills. Wolsey made De Carteret of Guernsey wait for over four years.