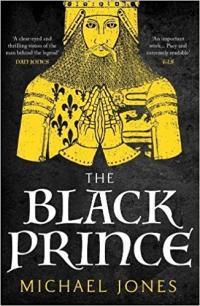 In 1346, at the age of sixteen, he won his spurs at Crécy; nine years later he conducted a brutal raid across Languedoc; in 1356 he captured the king of France at Poitiers; as lord of Aquitaine he ruled a vast swathe of southwestern France. He was Edward of Woodstock, eldest son of Edward III, but better known to posterity as 'the Black Prince'.

Michael Jones tells the remarkable story of a great warrior-prince – and paints an unforgettable portrait of warfare and chivalry in the late Middle Ages.

When the computer mouse was first mentioned in a publication in 1965, it was called an 'x-y position indicator'.

"London, that great cesspool into which all the loungers of the Empire are irresistibly drained. "
~ Sir Arthur Conan Doyle