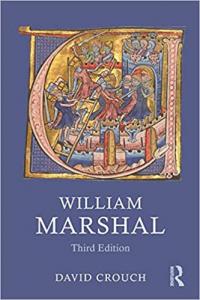 David Crouch’s William Marshal, now in its third edition, depicts this intriguing medieval figure as a ruthless opportunist, astute courtier, manipulative politician and a brutal but efficient soldier. Born the fourth son of a minor baron, he ended his days as Earl of Pembroke and Regent of England, and was the only medieval knight to have a contemporary biography written about him. Using this biography in addition to the many other primary sources dedicated to him, the author provides a narrative of William Marshal and a survey of the times in which he lived and also considers the problems and questions posed by the History.

The third edition has been extensively updated and revised, and now includes:

William Marshal explores the world of medieval knighthood and the the aristocratic life of the times in engaging, readable prose, and is a unique resource for students of medieval history.

The first people to use umbrellas in 18th century Britain were laughed at and called 'mincing Frenchmen'.

"To ravage, to slaughter, to usurp under false titles, they call empire; and where they make a desert, they call it peace "
~ Tacitus