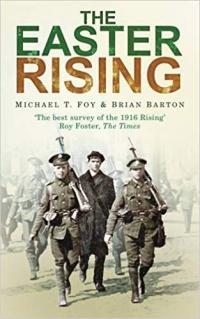 On Easter Monday, 24 April 1916, a force of Irish men and women under arms, estimated at between 1,000 and 1,500, attempted to seize Dublin, with the ultimate intention of bringing to an end British rule in Ireland and creating an independent Irish republic, to include all thirty-two counties of Leinster, Munster, Ulster and Connaught. Their leaders, Patrick Pearse and James Connolly, knew that their chances of success were slight, yet they fought, and paid with their lives. This books seeks to explain why. Illuminating every aspect of that fateful Easter week, The Easter Rising is based on an impressive range of original sources, and has been fully revised and expanded in the light of hundreds of witness statements only released by the Irish Bureau of Military History in 2004. It is a vivid depiction of the personalities and actions of the leaders on both sides, and provides an exceptional account of a city at war.