Somme: Into the Breach 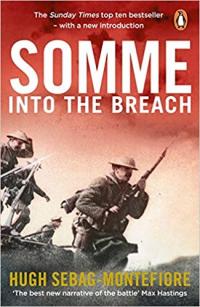 No conflict better encapsulates all that went wrong on the Western Front than the Battle of the Somme in 1916. The tragic loss of life and stoic endurance by troops who walked towards their death is an iconic image which will be hard to ignore during the centennial year.

Despite this, this book shows the extent to which the Allied armies were in fact able repeatedly to break through the German front lines. By focusing on the first-hand experiences of both Allied and enemy soldiers, the author weaves a remarkable portrait of life at the Front.

Up to 11 men may have sought election to the 1614 parliament to avoid paying their debts.