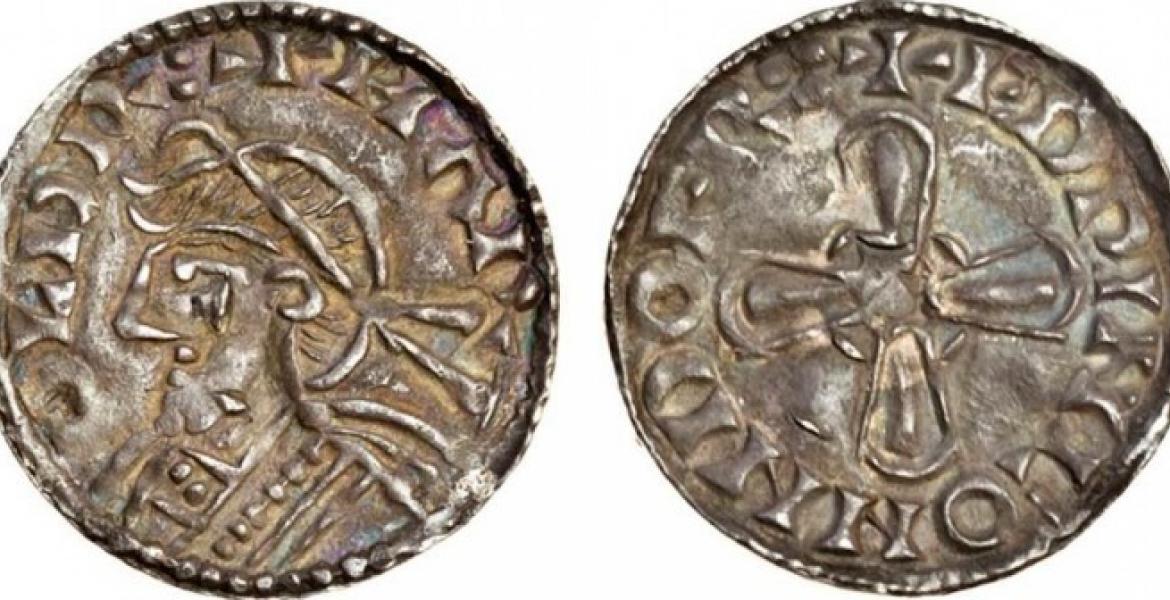 Harold Harefoot is 'one of the most faceless kings ever to have ruled England.'

Marc Morris, Harold Harefoot, written on 17 March 2014, accessed on 17 March 2016, http://www.marcmorris.org.uk/2014/03/harold-harefoot.html Harold ruled briefly from 1035 until 1040, and what has been recorded is often based as much on rumour, judgement and supposition as it is on fact. There are only two events of his short reign that are known in any detail: his 'seizure' of power on the death of his father, and the blinding and subsequent death of his step-brother, Alfred Ætheling, following a possible invasion attempt. Even the reports of these are shrouded in mystery and bias.

So what do we know about him? Despite being considered an Anglo-Saxon king he was Danish.

He was however more English than the other contender for the throne, Harthacnut, who was half Danish and half Norman. He was Cnut's son through Cnut's first wife Ælfgifu of Northampton (whom Cnut never divorced, despite marrying Æthelred the Unready's widow, Emma of Normandy). However, even his parentage isn't certain. Some claimed that Ælfgifu wasn't even Cnut’s wife, but his concubine, which could explain the lack of any evidence for a divorce. Yet, it was not unknown for kings of Norse descent to take more than one wife and for certain pagan customs, such as marriage rites, to be practised alongside Christian ones. As Tom Holland says, 'In lands where the Northmen had become Christians, princes were generally content to satisfy themselves with two [wives]…the practice brought Canute too many advantages for him to contemplate abandoning it.'

Tom Holland, Millennium: The End of the World and the Forging of Christendom London: Abacus, (2007) p.287 It was also rumoured that Harefoot was a changeling (the son of a cobbler who had been sneaked into Ælfgifu's bed), as put about by a desperate Emma of Normandy attempting to protect her own son's inheritance.

Harefoot's father, and king of England, Cnut, died unexpectedly in 1035, without seeming to have made much provision for the rule of the kingdom thereafter. Harefoot's elder brother, Svein, was with his mother in Norway, ruling there. His half-brother, Harthacnut, was securing lands in Denmark, leaving just Harefoot, and his step-mother Emma of Normandy, in England. Emma immediately tried to claim England for her son, Harthacnut, based on the alleged promise Cnut made to Emma that he would 'never set up the son of any other woman to rule after him'.

Emma thereafter spread the rumour that Harefoot had forged the letters and her seal in order to entrap her sons, although this is generally not believed, including by Edward, who avoided his mother where possible. By 1037, Harold Harefoot was recognised as sole king.

Apart from that mentioned above, very little is known about Harold, the man or his reign. After a somewhat rocky start and Emma's exile we know he was unchallenged as king, suggesting that he was at least in part successful. Part of his success has been put down to the skilful manipulation, begging and bribing of Harthacnut's supporters by Ælfgifu, whom some have said to have been the real power behind the throne.

Harold Harefoot died on 17 March 1040, just five years after his father. No-one is sure of the cause, although the Anglo-Saxon Chronicle attributes it to divine judgement. There is a possibility there was some congenital defect that caused the deaths of a number of young kings, although this is based primarily on conjecture. Harefoot was buried in Westminster but Harthacnut, eventually landing in England to claim his inheritance, had Harefoot's body dug up, beheaded, dragged through a sewer and dumped into the Thames. It was recovered by some fishermen and reburied either in St Clement Danes Church in London or Morstr (an unknown and now lost place).

Very little has been written about Harold Harefoot or his successors. The best sources of information are included in other books, such as Michael Wood's In Search of the Dark Ages. 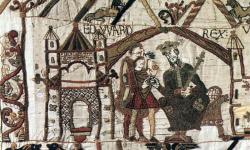 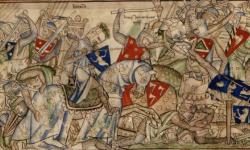 The Battle of Stamford Bridge

In the Middle Ages, land could be held from the monarch in return for a service, such as holding the king's head as he crossed the Channel by boat.

"Total abstinence is so excellent a thing that it cannot be carried to too great an extent. In my passion for it I even carry it so far as to totally abstain from total abstinence itself. "
~ Mark Twain