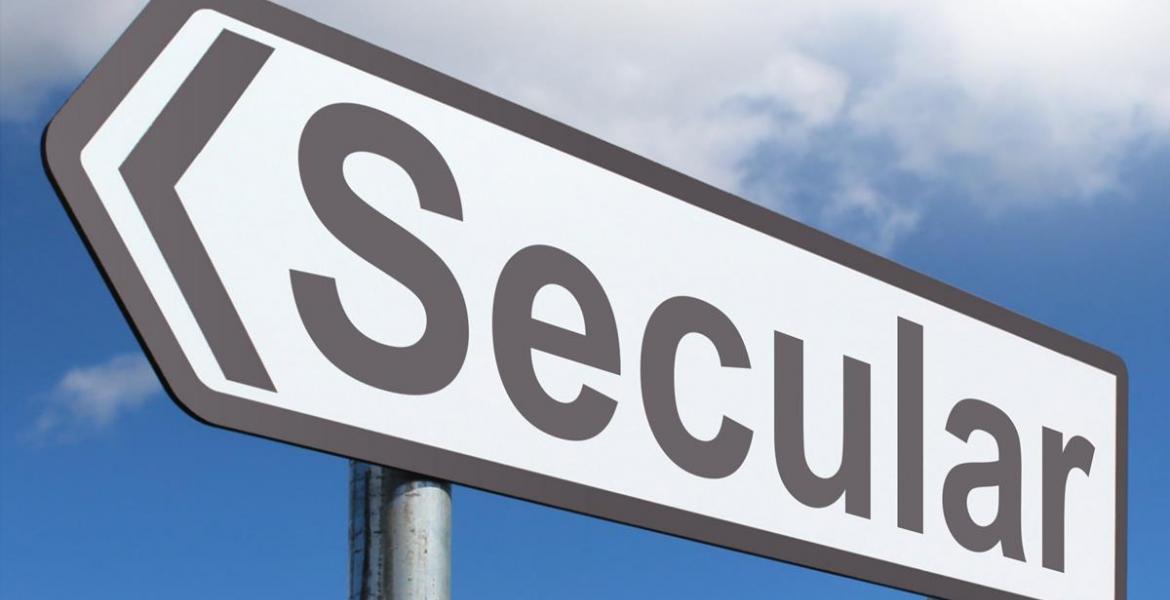 Why the Secular Can’t Exist Without Christianity

There's a deeply based assumption that the secularNot connected with religious matters. is something that exists in the ether, that it's a concept that makes sense globally and back through time. But in fact, this is wholly false. The notion of the secular is highly contingent and culturally specific not even to Christianity, but to Western Christianity.

The origins of the secular-religious divide ultimately lie in the notion that there is a dimension of the divine and a dimension of Caesar: that you render unto God what is God's and you render unto Caesar what is Caesar's. The idea was sharpened for theologians by the primal shock of the Sack of Rome in 410 and by the subsequent collapse of the Roman Empire in the West. It prompted all kinds of Romans who had not bought into the Christian revolution to say that the traditional gods had abandoned Rome. The Roman relationship with the supernatural traditionally was very transactional: you essentially paid down an insurance premium in the form of a religio – a sacrifice or a festival, for example, that bound you to a god – and many saw the abandonment of these religiones as the cause of the Visigoth’s ransacking and pillaging of Rome. But the greatest theologianA person who engages, or is an expert, in theology (the study of faith). of the Latin church, the North African bishop Augustine, argued something very different: that there was nothing special about Rome, that it was bound up on the flux of what he called the saeculum (roughly, the span of a living memory, hence the French word siècle, for century). Just as human beings are born and die, so too would Rome and all earthly powers. But the early church offered a counterpoint to this for the laicus, the people of God. They offered a religio that would bind people to the radiant eternity of the city of God: by escaping the city of man, the saeculum, they would reach heaven.

By the eleventh century this idea had become radicalised and set the whole of Latin Christendom on a revolutionary process. These revolutionaries - Christians who, by the standards of earlier generations, would have ranked as heretics – said that for the church properly to serve the laicus, it must have the virginal purity of a bride of Christ. It should not, therefore, be pawed at by rulers who belonged to the dimension of the saeculum - kings, emperors, and so on. This was so radicalA person who advocates thorough or complete political or social reform, or a description of that change. because, from the Atlantic to Japan, everyone in Eurasia took for granted the assumption that if you're an earthly ruler, you have a stake in the dimension of the supernatural. Emperors and kings knew that they had the right to meddle in ‘religious’ affairs, that they could, for instance, appoint bishops. But for reformers in the eleventh century, a religio of this nature was imperfect: if the church were to serve its purpose for the laicus, then it must avoid interference from worldly rulers. This generated a great cycle of opposition between the papacy and earthly rulers. Famously the emperor Henry IV was made to kneel in the snow while Gregory VII, the greatest of these popes, sat in his castle at Canossa. And over the course of the centuries that followed, the church established its own mythology as something that is distinct from the dimension of the saecularia, the dimension of secular things.

In due course, there was another cycle of reformatio, what we call the ReformationThe split from the Roman Catholic Church of protestants, inspired by people such as Martin Luther, John Calvin, and Huldrych Zwingli.. This reformed the notion that the church, and especially those religiones – monks, nuns, hermits – who had particularly consecrated themselves to God, had a particular role in mediating between the laicus and God. The relationship to God was democratised and everyone, if they were protestant, had a personal religio. This thus provides a dimension of what came to be called in the English language ‘religion’. But there is a further dimension which is reflected in the Anglicisation of the word saeculum into ‘secular’, which is that religion is also something that exists at an angle from saecularia. And, over the course of the seventeenth and eighteenth centuries, the remit of the secular became broader, and religion was pushed to the margins.

The whole process of ‘secularisation’ is something that is deeply rooted in the seedbed of ancestral theology. And that's why if you look at what's happening in India or in Turkey today, you can understand why the likes of Modi and Erdoğan say that the secular is not something that's a given, but that it's an alien intrusion. And they're right: secularismThe idea that state and religion should be separate. is not something bred of the marrow of Hindu or Muslim culture. It is something that is bred specifically from the theology of the Latin West. But because in a sense the secular has been secularised, by and large most of us in the West are blind to it.

SecularismThe idea that state and religion should be separate., along with many other aspects of the history of Christianity and modern society, is discussed in greater detail in Tom Holland's latest book, Dominion: The Making of the Western Mind, which is available to buy in all good bookshops.

Between 1040 and 1746, only three English monarchs did not invade Scotland and/or repel a Scottish invasion of England.

"Nothing can be said in his vindication, but that his abolishing Religious Houses and leaving them to the ruinous depredations of time has been of infinite use to the landscape of England in general. "
~ Jane Austen on Henry VIII