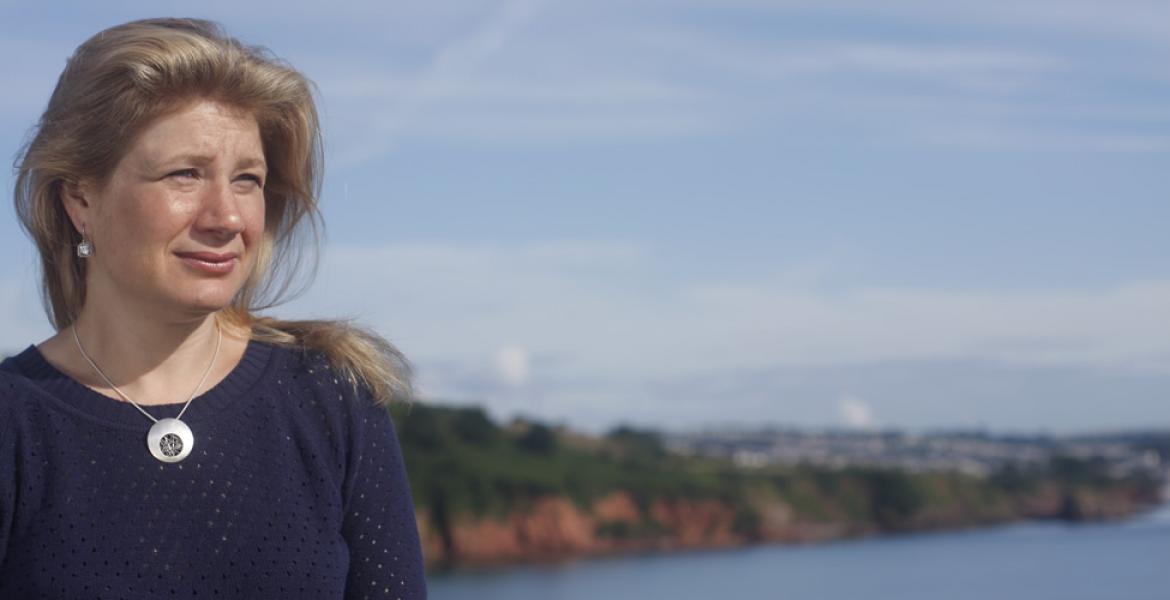 Dr Clare Jackson is a distinguished Stuart historian, co-editing the Historical Journal from 2004 to 2011, and publishing books on the Restoration in Scotland, and on Charles II for the Penguin Monarchs series. She has presented television series on the Stuarts and the Stuarts in exile for the BBC, as well as making regular appearances on Melvyn Bragg’s ‘In Our Time’ for BBC Radio 4. When not writing or presenting, she is Senior Tutor for Trinity Hall, Cambridge, where she specialises in early modern political, religious, and legal history. She is currently working on a new book considering foreign perceptions of the Stuart dynastyA line of hereditary rulers of a country, business, etc., which is due out next year. We caught up with her at Chalke Valley History Festival to chat about the Stuarts, the civil wars, and the ‘Glorious’ Revolution.

What made you first get into the Stuarts and why are you so fascinated by them?

It was unintentional, I think. I studied twentieth-century history at GCSE, then the Victorians at A-level, and the eighteenth century in my first two years at university. Then, in my final year, I took a special subject about the relationships of England, Ireland, Scotland, and Wales in the sixteenth and seventeenth centuries and this was the area in which I ended up doing research. Having never studied the civil wars until I was a postgraduate, I just kept thinking, ‘this is really interesting!' and I’ve never felt any temptation to go further backwards chronologically!

What would be the defining point of the seventeenth century for you?

I think it is the moment when Charles I is executed, and the fact of the very public nature of the execution. The English state had executed monarchs before: it had executed Charles's grandmother, Mary Queen of Scots, but that happened behind closed doors in rural Northamptonshire. This was not only a public execution of a monarchA king, queen, or emperor, but there had also been a public trial – albeit not necessarily one that conformed to any sort of common lawThe part of English law that is derived from custom and judicial precedent rather than statutes; or when referring to a marriage, one unrecognised by the church or civil authorities. norms - and the idea, let alone the reality, that you could put a head of state on trial for crimes committed against his own subjects and then pass a capital sentence was, to many people, unthinkable. It really meant that life would probably for most people never be quite the same again. And so ‘the world was turned upside down’: if you take out the head of the body politic, what does that mean for every other hierarchy?

Was it a proper revolution rather than just a blip, as some people refer to it?

I think in the Restoration, people were very keen to say it was a rebellion; it was something that was reversible. And there are still lots of debates about whether seventeenth-century understandings of the word ‘revolution’ means a more cyclical sort of term. But I think a lot of the ideas articulated at the time - not necessarily commanding universal endorsement and acceptance - were very radicalA person who advocates thorough or complete political or social reform, or a description of that change. and a lot of the changes that occurred were revolutionary.

How do you feel about Charles? Do you find him sympathetic?

No! I'm writing a book at the moment about the period from 1587 to 1689, and when I started, I was hoping to be more positive about Charles I. He’s bookended by two Stuart monarchs to whom I feel relatively benign - James VI & I and Charles II - but in reading a lot of foreign ambassadors’ reports, written by the sort of people who were in very close proximity to Charles during the 1640s, I ended up sharing many of their frustrations!

Do you think that the civil wars had to happen for the Glorious Revolution to happen?

Perhaps in a negative way. I don't really like the term 'glorious' - it's wasn’t that glorious if you were in Ireland or in Scotland - so I tend to refer to it as the ‘Williamite Revolution’. I think there was a real determination among the political elite in England for the middle ground, at that point, to hold firm and to make sure there wasn’t a vacuum into which the radical minority could push their agenda, as had happened in the winter of 1648-9. That's why it's often called things like the ‘sensible revolution’. There was such resolution to prevent ‘the effusion of blood’, and it's the memory of the civil wars that determined the way in which the Williamite Revolution played out.

Your next book is on foreign perceptions of the Stuart dynasty up to 1689 and the Williamite Revolution; you're not continuing it through to Anne?

I had initially intended to end it in 1714, but then I realised there was so much material that I needed to rethink its original scope! And one theme of the book is the constant fears of a foreign-backed invasion, from the Spanish Armada, when the book begins in 1588, onwards. And then finally in 1689 there actually is a foreign Dutch invasion - however much historiographyThe study of writing history, or of history that has already been written. likes to present it as all very sensible, William does arrive with a very large flotilla of warships. So, the book makes sense in being framed by those two moments.

And tell me how it came about; how you got inspired?

I was asked to make a series with the BBC about the Stuart dynasty as rulers of Britain from 1603 onwards. It was very good at taking me out of my comfort zone of working in relatively small areas, and making me actually think about the Stuart dynasty in the seventeenth century as a whole. And, the following year, there was a sequel series about the Stuarts in exile that went through to the second half the eighteenth century. I was very struck, when making that series and travelling a lot for it, about the Stuarts often feeling slightly foreign in their English context. Literally, they were foreign in that they were an imported Scottish dynasty. But James VI also had a Danish wife, Charles I had a French wife, Charles II had a Portuguese wife, James II an Italian wife. Those spouses brought many foreign contacts and then there were also mistresses and extended family. It always seemed to be a very Continental, cosmopolitan dynasty, which the English people didn't always feel could be trusted to act in England's interests.

When is it due out?

So, you're a very, very busy lady, with academia, with writing for the general public, with TV series, and of course you're a mother as well. How do you fit it all in?

I've quite a busy diary! This week has been a typically busy week of coming down to Chalke Valley for the day on Monday and then back up to Cambridge for our student graduation in the middle of the week and then back down to Wiltshire again, and my son and husband are also coming down this weekend to enjoy Chalke Valley. But, as well as the writing, I really enjoy the interactions with students, both undergraduates and research students. They ask questions and see things in a way I wouldn’t necessarily have considered. I think I've always been interested in communicating, and I think if I hadn't been an academic, I probably would have been a journalist. I don't necessarily just want a few experts to read an article that I’ve written and actually I'm very interested in how different generations of the public and different parts of the country treat their history and their interest in it. So, I think I'm interested generally in communicating whether it's to students or to the general public.

And is this one of the reasons that you got involved in the ‘Thread of History’?

It came about through a conference in Cambridge last year, when I first met Ali Ansari. As Ali explained, the Chalke Valley Trust were concerned about how many school children tend to study history in discrete blocks and rarely get to see how it progresses across time. So, this is a five-year project, based on talks given at Chalke Valley, with the aim of publishing a book covering the whole of British history from 1603 onwards, and some of the main historiographical debates, at the end of the five years. In the meantime, it’s hoped that the talks will be available through podcasts.

What do you believe are the biggest issues facing historians and history today?

It’s certainly not lack of interest; just look at the people at the history festival today! The general public are interested; it’s a popular subject at GCSE, and people are interested in studying it at university. Although there is very tough competition for research places for postgraduate study, and it can be difficult for early career researchers to get posts, I think popular interest can only be a good thing. One of history’s main concerns is the use of evidence and, if we’re living in a ‘post-truth’ society today, a subject that focuses on how we understand the world, and our history, is attractive. And it’s not a new concern: in the seventeenth century, people were just as concerned to know if a book claiming to offer ‘A true account’ of an event was objectively true, or political spin.

If you could invite anyone from history to dinner, who would it be and why?

It would have to be Charles II! When someone has written a biography of a person, even in a very condensed way as I did for the Penguin Monarchs series, it’s very tempting to want to check your conclusions and theories against reality. Also, Charles was known to be a very charming person – although in the seventeenth century, being charming wasn’t necessarily regarded as a good thing. I think he’d also be the life and soul of any dinner party: Horrible Histories have called him the ‘Party King’ for a reason!

If you could visit one point in history, in a safety bubble, when would it be and why?

It would probably have to be Restoration London, just before the Fire. You read about fascinating places on the covers of books, which are sold at names like ‘the sign of the Three Daggers in Fleet Street’ or ‘by the Prince’s Arms in Chancery Lane’, and I’d just like to take a walk through those streets. They feel so familiar in some ways, but so very strange in others. 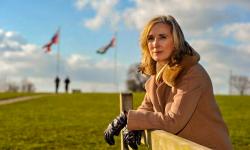 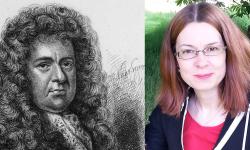 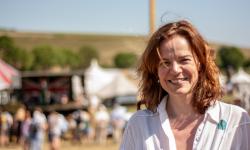 Alexander the Great's body was preserved in honey.

1534 Nun Elizabeth Barton was executed at Tyburn for prophesying against Henry VIII and his marriage to Anne Boleyn.
1653 Oliver Cromwell dissolved the Rump Parliament with the words: 'Let us have done with you. In the name of God, go!'
1889 Adolf Hitler, future leader of the Nazi Party and dictator of Germany, was born at Braunau am Inn in modern-day Austria.
1912 The author of the legendary novel Dracula, Bram Stoker, died aged 64, possibly of syphilis or overwork.
1964 BBC 2, the third British television station, was launched, but it was interrupted by a power cut at Battersea Power Station.
1968 Tory right-winger Enoch Powell delivered his infamous 'Rivers of Blood' speech to the General Meeting of the West Midlands Area Conservative Political Centre, criticising immigration from the Commonwealth.
1974 Catholic James Murphy, a petrol station owner from County Fermanagh, became the 1,000th victim of the conflict in Northern Ireland.
1999 Twelve students and a teacher were killed by gun-wielding fellow students at Columbine High School. The two perpetrators went on to commit suicide.