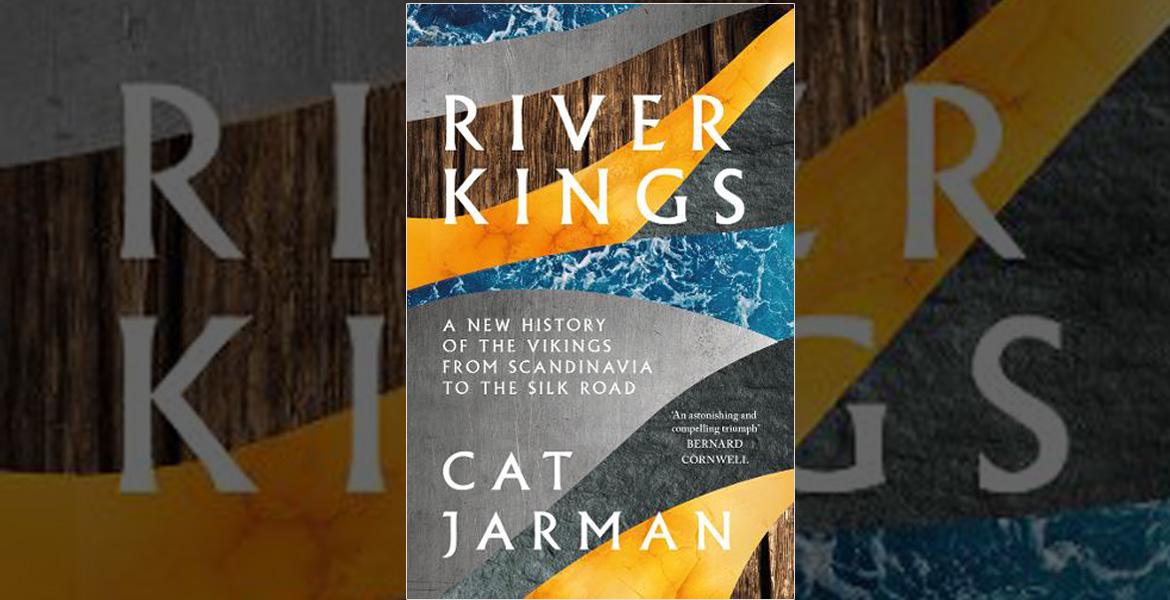 Cat Jarman’s River Kings takes a refreshing new look at the Viking Age, focusing on the important, but often overlooked, Scandinavian expansion eastwards. Her inspiration comes from a seemingly insignificant orange-red carnelian bead found in Repton, Derbyshire, which temporarily came into her possession almost a decade ago and which, in one way or another, has occupied so much of her time since. In River Kings, she traces the surprising history of the bead from the camps of the Viking Great Army – the famous invaders of England who fought Alfred and established the Danelaw, and who have occupied so much screen time and so many bookshelves recently – back through eastern Europe and along the Silk Roads, to its likely origins in exotic and far-flung Gujarat in India.

This eastern focus puts River Kings firmly in the midst of ongoing, and often contentious, academic debates about the Rus’ and the founding myths of many eastern European countries. In describing the obvious links, geographical, economic and cultural, between the Scandinavian and Slavic states a millennium ago, the book firmly supports the significant impact of Vikings on the east, but the argument is expressed in such a logical, coherent, and balanced way that it is difficult to question its findings. There are historical references, trading posts, graffiti and cultural influences, and there is the evidence that comes from bioarchaeology. All of this is pieced together in a way that is incontrovertible. This is not the only quarrel with which Jarman engages: the roles of women, including as warriors, are discussed in depth; and some of the new but cherished twenty-first century Viking myths are challenged. Even the issues between archaeologists and metal-detectorists are confronted head-on.

The reason that Jarman can do this, and do this so well, is that her written style is wonderful. As well as taking the reader on the bead’s journey, she takes the reader on the adventures of the Vikings, from tentative first steps in new areas, gathering intelligence and discovering local practices and customs, through their victories and defeats in daring raids, to their settling down, their involvement in politics, and their establishment as farmers and traders. Even more than this, Jarman shares her own personal journey. The book describes her research, her thought patterns, and her interests; it explains in a first-hand way not just the conclusions she has arrived at, but also how she got there. Not only does this make River Kings well-informed, detailed, and well researched: it also makes it accessible and engaging. With Jarman’s first person narrativeA story; in the writing of history it usually describes an approach that favours story over analysis. approach the reader is not in a lecture hall, but sharing a drink in a pub. Jarman talks directly to the reader, letting them in on secrets of the trade and exciting new finds; she shares her enthusiasm, love, and wonder for the subject, and it’s infectious. Each object, each artefact, each archaeological discovery is related in such a way that it feels the reader is there with her, handling the items, getting dirt and dust under fingernails, waiting impatiently for laboratory results, or sweating in a Ukrainian trench. If ever I’ve wanted to be an archaeologist, it’s been when I’m reading this book.

River Kings doesn’t just make the Viking Age exciting and dramatic; it also makes the very study of archaeologyThe study of the things humans have left behind. See 'Some Notes of Archaeology'., if not glamorous, then at least exhilarating. Jarman explains the science at the cutting edge of the discipline in a way that brings it out of the laboratory and into the field. She shows the effect that DNAHolds the genetic code to all living things, and is passed down to children from their parents. analysis has had on our understanding of the spread of smallpox, for example, and tells the astonishing discovery of two close relatives – one found in Oxford and one in Denmark – who both carried the disease, but who settled, or at least died, in two very different places. She shows how and why a diet consisting mainly of fish can vastly affect the accuracy of carbon dating, and the damage this can do to interpretations of history. And she uses isotope analysisUses different isotopes found within an item to learn something about that item (such as where a person grew up). See 'A Brief History of Climate Change'. to prove that there were significant levels of migrationThe movement of people (or animals) from one place to another., not only out of Scandinavia, but also into it: the Scandinavian countries during the Viking Age were dynamic, cosmopolitan places. Mixed in with the science are tales of heroism and derring-do from sagas, Cold War arguments, conversations with treasure hunters, archaeological experiments, and a detective mystery that spans centuries and continents. River Kings is Indiana Jones meets Bones. It is engaging, it is surprising, and it is inspiring. It is also exactly what popular culture needs to bring balance, perspective, and learning to an age that continues to enthral. 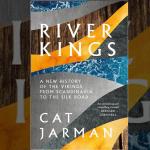 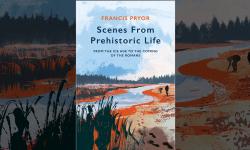 In the 1330s a number of English knights went to war with France with eye patches covering an eye, having made a chivalrous pledge to their ladies that they wouldn't open one of their eyes until victory was achieved. Most of them died as a result.