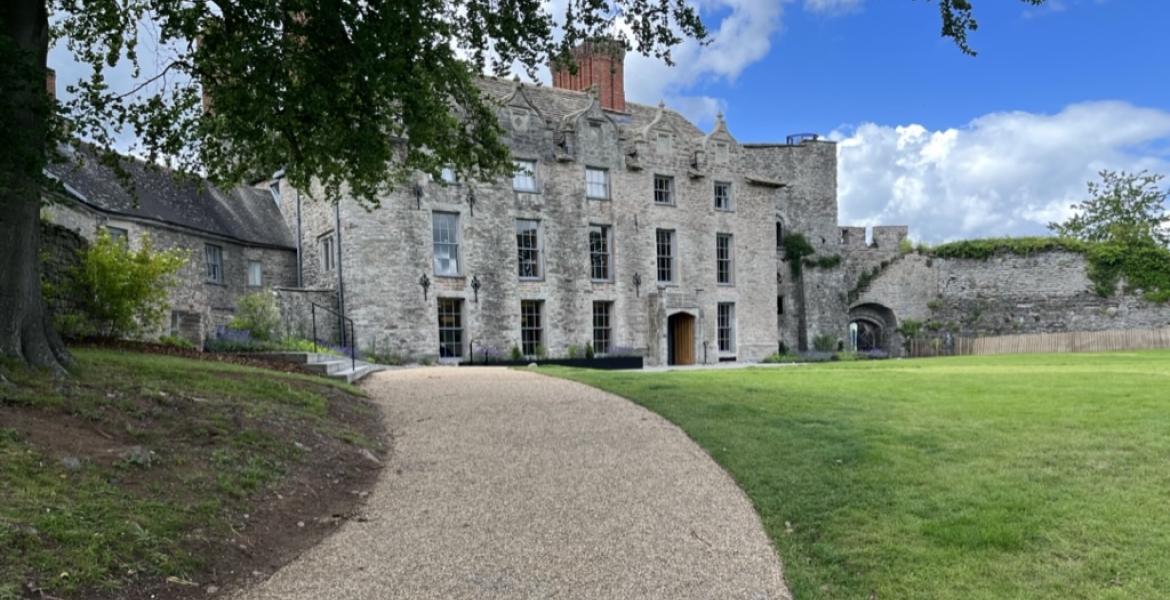 From Barons to Books: Hay Castle Opens to the Public

Standing tall above the quirky stalls and bustling bookshops that give Hay-on-Wye its distinctive character is a medieval monument to power and control, stern and imposing with its grey stone walls and dark, judgemental windows. Allegedly constructed by the great and equally imposing giantess Matilda in just one day, Hay Castle came to represent English and baronial power in the tumultuous centuries between the Norman Conquest and the rise of the Tudors. Yet shaking off its gory past, it thence transformed during the modern era into a place of creativity, somewhere to celebrate the independent nature of the area and its inhabitants. And now, finally open to the public for the first time in its history, Hay Castle is coming alive to tell the wonderful and surprising story of this Janus-like building, that at once sympathetically acknowledges its past while taking a joyous leap into its future.

Throughout its nine-hundred-year history, Hay Castle has been home to a host of characters, from devious and bloodthirsty medieval barons to the eccentric self-declared ‘King of Hay’, and all have left traces of their lives in the walls of this fascinating place. There is William de Braose, owner of Hay Castle from 1165, who held his own version of the Games of Thrones’ Red Wedding at nearby Abergavenny on Christmas Day 1175. There is his wife Matilda who, locked up by cruel King John, allegedly resorted to cannibalizing her eldest son to save herself (it didn’t work), and whose pitiful story became one of the contributing causes of Magna Carta and the subsequent First Barons’ War (1215-17). There are the battles the castle witnessed, with it changing hands three times in the Second Barons’ War (1263-66), being attacked by the Welsh leader Owain Glyndŵr during his war of independence against the English in 1401, and its involvement in the Wars of the RosesA series of conflicts, during the second half of the fifteenth century, between two branches of the Plantagenet line: York and Lancaster. Over the course of 30 years the crown passed through several hands: Henry VI, Edward VI, Edward V, Richard III, and Henry Tudor. Most historians date the end of…. Then there are the centuries of domestic bliss, with a grand Jacobean mansion being built and a servants’ stash of wine being hidden in the walls – only to be discovered during renovations three hundred years later.

Last but not least, there is the man who, perhaps, had the greatest impact on Hay-on-Wye in recent history. At the start of the swinging ‘60s, Richard Booth acquired the now-decrepit castle, ravaged by fire and time, and quickly turned it into both a store for second-hand books and a happening party location. As unwanted libraries started pouring in from across the globe, giving Hay world renown as the ‘Town of Books’, guests also started turning up, boogying the night away while dodging the lumps of plaster falling from the ceiling. Stepping off the dance floor and out of the mould, Booth declared Hay-on-Wye its own kingdom, its Independence Day fittingly calendared for April Fool’s Day. Replete with his own crown and sceptre – made from disused plumbing and now on display in the castle – in true Roman fashion he named his horse his prime minister, established a system for granting peerages, and built a decision wheel (a version of which is also on display), which included such weighty tasks as going for a beer. With his publicity stunts, he breathed fresh life into a town – although not into his infamous hog roasts, at which the only things that were cooked were the chef’s eyebrows – that could otherwise have gone the same route as so many across the country, and put it firmly on the map, a place to see and be seen.

The new Executive Director of Hay Castle, Dr Tom True, has caught this community feel and embraced it. Coming in at the end of the first stage of the castle’s restoration, he has worked to keep the outside of the building as true to the original as possible while turning the inside into a light, modern yet respectful space for exhibitions, education and events. The programme, like the place, is exciting and inspiring, with Shakespeare and other plays in the grounds, concerts, and art exhibitions in conjunction with the National Portrait Gallery and other galleries and museums. Alongside these, there are exhibits on the history of the town and castle, oral histories, and plenty of interactive activities to keep the young and young-at-heart engaged. It would not be Hay Castle unless it also had a bookshop, stocking books of local interest as well as a wide range of other volumes. Then there is the excellent coffee shop, whose cake makes a visit worthwhile in itself.

True to the ethos, much of the castle can be enjoyed for free. Instead of charging visitors for entry, funding will come from the special events and exhibitions, from donations made by the public, and from sales in the shop and café. The new Hay Castle is, then, perfectly situated in this border town to cross borders, break down barriers, and to bring the dual natures of past and future into perfect harmony.

You can find more out about Hay Castle by visiting its website. 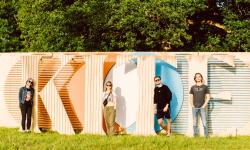 Flying High as a KITE

The term 'freelance' derives from Walter Scott's description of Medieval mercenaries in his book 'Ivanhoe'.